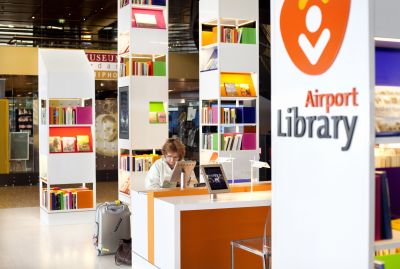 Whether you visit Amsterdam often or you just pass through its airport frequently on trips to other spots in Europe, you’re likely among the many travelers who has lots of nice things to say about Amsterdam Schiphol Airport. From the helpful multi-language signs to the plentiful food offerings to the nice layout to the lovely reclining chairs in front of the windows, it’s an airport I (for one) don’t mind having a few hours in.

There are already plenty of ways to kill time – in an enjoyable way – at Schiphol, including the extremely cool mini-Rijksmuseum, but the airport has recently added yet another option for literary travelers – a library.

Schiphol’s Airport Library, opened officially just this week and the first permanent airport library anywhere, is geared toward those passengers who have long layovers at Schiphol between flights to and from other destinations in Europe. Rather than a lending library, it’s a “reference library” – or, as the website puts it, “a sitting area with added value.” 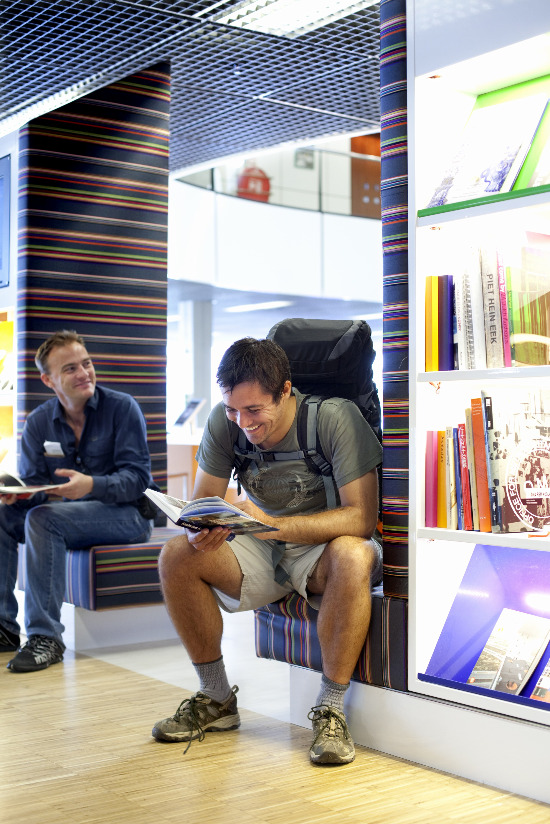 Travelers who are passing through Schiphol Airport will have access to books, music, and films, with Dutch fiction translated into 29 languages. Yes, most of the materials available are Dutch-oriented, but not all of it – and if you’re killing time in an airport, you could do worse than to spend time in a library full of Dutch culture.

As mentioned, the Schiphol Airport Library isn’t designed for you to check something out to read on your flight en route to your vacation and then drop off on your way through the airport en route home. But the library does offer a few downloadable movies (about Dutch culture, of course) that you can transfer to your mobile phone (or, one assumes, to an iPod) via Bluetooth for later viewing. 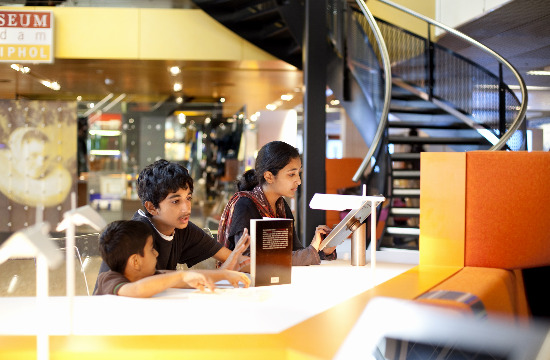 The Airport Library is open 24 hours a day, 7 days a week, as it’s entirely self-service. There’s comfy seating, reading tables, a few iPads (for use in the library only, of course), and all kinds of material to divert your attention away from the fact that you’re in an airport.

You’ll find the Schiphol Airport Library after passport control on what’s known as “Holland Boulevard” between Piers E and F.

>> For more tips on how to spend a long layover at Schiphol – including taking a quick excursion into Amsterdam itself – here’s our extensive Amsterdam layover guide.

>> More information about the library at the official website

images courtesy of the Airport Library