Attractions in the Red Light District 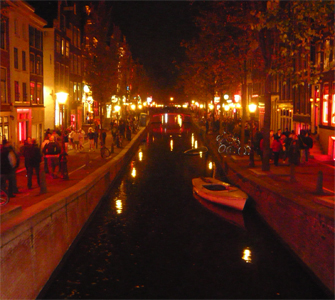 We’ve covered the controversial and sex-related parts of Amsterdam’s Red Light District extensively, and we’ve also made no secret that the historic neighborhood is packed with the cannabis coffee shops that are a major draw for many visitors as well. But there is really much more to this infamous area than sex, drugs, and more sex. Even if you feel a bit uncomfortable at the idea of walking past the window prostitutes of Amsterdam, it would be nearly unforgivable to avoid this neighborhood altogether on your first trip to the city.

Fortunately, avoiding the Red Light District is nearly impossible anyway. It’s right across from Centraal Station, and it’s home to many of the better Amsterdam hostels and hotels, in addition to the aforementioned coffeeshops, bars, and restaurants.

Here are some of the RLD highlights that worth considering for nearly everyone: 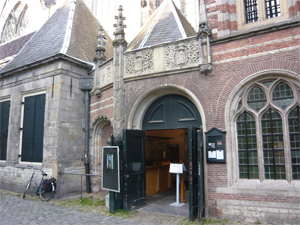 It might be surprising that the oldest and most famous church in all of Amsterdam is smack in the center of the Red Light District. But here it stands. Completed in 1306, this is where Rembrandt worshipped in his day, and it’s been the center of Amsterdam’s religious history during its entire life. You can admire the exterior of the church for free, but to view the interior it will cost you €5, and even more if you’d like to climb the tower, which is only open during set times of the week. It’s not a must-see attraction, but lovers of old churches should definitely spend some time here.

Bronze relief installed into the stones 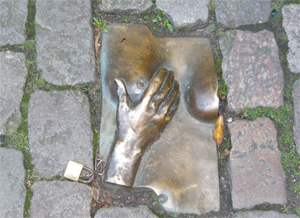 Just south of the Old Church (by only a few meters), observant visitors will see a small bronze relief in the ground, which depicts a hand touching a woman’s bare chest. Legend has it that this controversial sculpture appeared a few years ago in the middle of the night, placed there by an unknown artist. It was then removed by the city, but residents evidently protested, and it was reinstalled again permanently. There is supposed to be some symbolism involved with the hand touching a naked breast in this prostitution neighborhood, but I don’t quite get it. 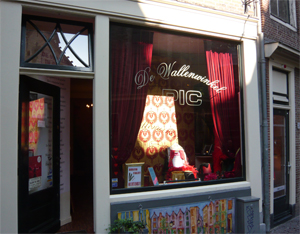 Open since 1994, this modest storefront is actually very difficult to spot if you don’t know what you are looking for. It was started by a former prostitute, and continues to be staffed by women who used to work in the local industry. Admission is free, and inside you can get any and all of your questions answered about how things work with the window girls, and you can also buy maps and other information and souvenirs that fit the neighborhood and theme. Don’t be shy about walking in, even if the place doesn’t appear to be busy, because the staff are very friendly and understanding of the sensitive subject involved. 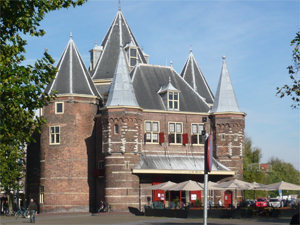 Probably the most striking old building in the Red Light District area is the old Amsterdam Weigh House, called De Waag. It dates back to 1488, and used to be part of the city walls. For centuries this is where cargo coming off ships was weighed, and then sold at the Nieuwmarkt (New Market), which is the name of the town square that still surrounds the Waag. There is a café/restaurant on the ground floor, but aside from that it’s not open for public tours. It’s a great backdrop for photos though, and you can learn many interesting facts about it while on the free Amsterdam walking tour.

As mentioned just above, this large town square on the edge of the Red Light District was known as the new market, and even today hosts an outdoor market for most of the year. There are many cafes, restaurants, and even a few coffeeshops that overlook the square, so this is a popular place to just hang out and watch the world go by. There’s also a supermarket here, and it’s quite interesting to hang around here and consider that this is a beautiful and historic residential neighborhood, that also happens to be flanked by live sex shows, and window prostitutes. 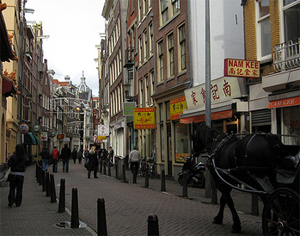 This small area is usually referred to as Amsterdam’s “Chinatown”, but that’s not really accurate or fair. It’s basically one long and winding street called Zeedijk, which leads from right out front of Centraal Station straight to Nieuwmarkt, mentioned just above. So it’s not really much of a ‘town’ and it’s also not too Chinese. There are, in fact, restaurants from many East Asian cultures all lined up next to one another, so this is one of the city’s best restaurant neighborhoods, and quite a bit of fun. You’ll have your choice of traditional Chinese, as well as dim sum, Japanese, Korean, Vietnamese, Indonesian, Malaysian, and several others. This sort of dense competition also helps keep prices reasonable, so this is a good place for a moderately priced and exotic meal. There are actually several other Chinese restaurants on Oude Hoogstraat, just a few blocks away, and a few of those offer cheap buffets and late night dining as well. 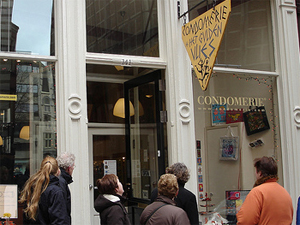 This is another Red Light District attraction that isn’t ideal for children, but many adults might get a kick out of this shop along the Warmoesstraat pedestrian mall that is completely dedicated to the condom. It bills itself as the world’s first condom store, and with its original opening in 1987, they probably are. Inside you’ll obviously find more condoms than you can shake a stick at, but also a sort of condom museum and information center. Since it’s mainly a store, it’s free to enter, and also usually a bit crowded. 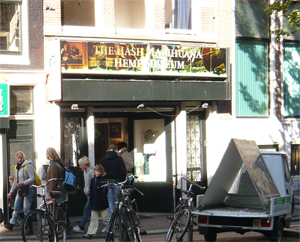 Yet another RLD attraction that might not be suited to the whole family, the Hash Museum has been a fixture in the Red Light District since 1985. If you enter expecting some wild Cheech & Chong amusement attraction, you are going to be disappointed. But if you are genuinely interested in the subject of cannabis and its cultivation, this is definitely worth the €5.70 admission price and 30 to 60 minutes of your time. There are thoughtful displays showing aspects of cultivation and history, as well as much about the prohibition and frenzy that have been common since the middle of the 20th Century. You’ll be able to see live plants in their grow room, and if your timing is good you’ll be able to get a free toke or two from their Volcano vaporizer, which is worth the price of admission for many people anyway.
>>more information on the Amsterdam Marijuana Museum 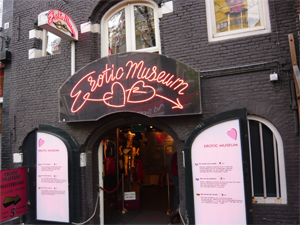 Click on the blue pointer for more information on each item. See the main Amsterdam maps page for a look at the whole city.