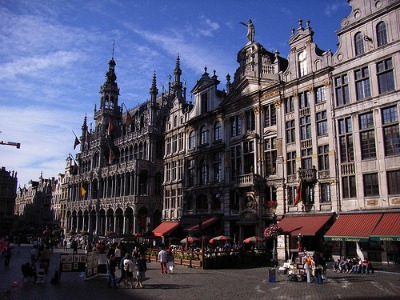 The Belgian capital city of Brussels may be in a completely different country, but the connections between Brussels and Amsterdam are plentiful. Dutch remains an official language in Brussels (although French is more dominant now), and it takes less than three hours on the train to get from one city to the other. Even the regional Eurail Pass includes both the Netherlands and Belgium in the same pass – called a BeNeLux Pass, throwing in tiny Luxembourg for good measure.
Brussels is far enough from Amsterdam that you might not do either one as a day trip from the other, but it’s not uncommon to hop from one to the other on a broader tour of the two countries.
Another Belgian city, Bruges, tends to attract more attention with travelers – Brussels is more of a business city at its heart – but there are still things in Brussels that will interest most visitors.

Where to Stay in Brussels 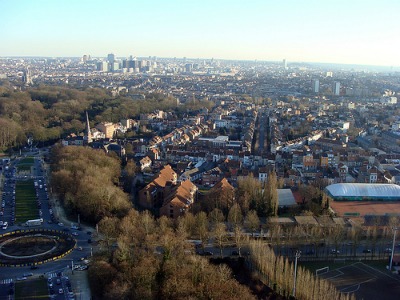 Brussels is both a city of business and of government, as it’s both the country’s capital and the location for the headquarters of the European Union. As such, hotel rooms tend to be on the expensive side during the week – which is when the business and government workers are using them.
You’re more apt to find better deals on rooms if you are staying over a weekend (Friday or Saturday nights) and if your visit is during the summer months. It’s sort of backwards to what the usual wisdom is for finding hotel deals in major cities, so it’s worth mentioning.
Quick search for hotels in Brussels:

What to Do & See in Brussels 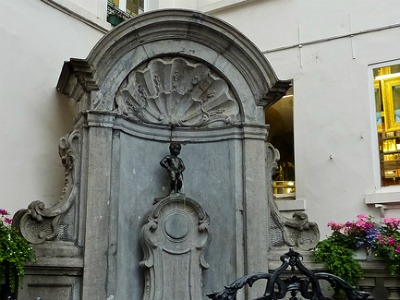 Brussels may be the EU HQ, but its most famous icon is a little statue of a boy peeing into a pool. Yes, this is the home of the Mannekin Pis, which is much-photographed by visitors and often dressed up in seasonal costumes.
The Mannekin Pis is by no means the only reason to visit Brussels (thank goodness), however. Here are just a few of the things you might want to include on your itinerary:

How to Get to Brussels 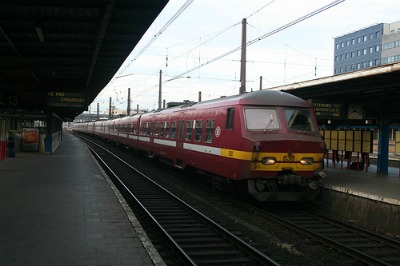 The primary airport in Belgium is Brussels Airport (BRU), and it’s about seven miles from the city. The other airport you might see serving Brussels is called Brussels South Charleroi Airport (CRL), which is about 30 miles away. The latter is a much smaller airport, but favored by a few budget airlines in Europe, so you might find a great deal into CRL if your starting point is another European city.
Quick search for flights to Brussels Airport (BRU) and South Charleroi Airport (CRL):

Brussels Airport has its own train station, with regular service into Brussels, and there are a few bus companies that connect the airport with the city as well. From South Charleroi Airport you’ll need to take a bus to the Charleroi train station, from which you can get a train to Brussels.
High speed trains connect Brussels with the rest of Europe – the Eurostar even zips back and forth between London and Brussels. Trains depart for Brussels from Amsterdam roughly every hour, going to one of Brussels’ three train stations, and the trip is usually 2.5-3 hours. Trains during communter hours fill up with business travelers, so either plan to travel mid-day or buy your ticket ahead of time. (The Eurostar connection isn’t the only reason that the Amsterdam-Brussels train route is so frequently used, but it doesn’t hurt.)
>> More information on how to get to Brussels from Amsterdam
photos, top to bottom, by pepsiline, John.Karakatsanis, Canuckistan, Matthew Black