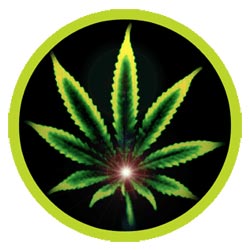 As most Americans are working their way toward a food-induced coma on Thanksgiving Day, many are abroad sacrificing themselves for what they all hope and pray is the greater good. Of course, I’m referring to the couple of thousand people – most of whom are Americans and Canadians – who pay to be judges at the annual High Times Cannabis Cup in Amsterdam.

Since 1988 High Times Magazine (a publication I briefly worked for many years ago, by the way) has been sponsoring a cannabis festival in Amsterdam. In its current incarnation the Cup lasts 5 days and has its closing ceremonies/awards show on American Thanksgiving night. The main appeal for most of the folks who sign up as judges is the privilege of testing the 30 strains of marijuana and hash on offer at about 20 coffeeshops spread throughout central Amsterdam.

Pre-register for the Cannabis Cup here

Being a judge at the Cannabis Cup

The couple-thousand or so judges get a map to all the participating Amsterdam coffeeshops, in which they are invited to try the particular strains that have been entered into the judging – for free. Obviously no human can try and judge 30 varieties properly over the 4 days of competition, but that doesn’t stop these brave people from trying. The Cannabis Cup also has a panel of “expert judges” who have to make their assessment in just one evening. Judges get free tasting, free shuttle service between all the participating coffee shops, entry into the events, and a t-shirt.

The cannabis seed and grow industries are a huge part of the reason for the Cannabis Cup to exist, but for most of the judges it’s more about being able to sample the best of the best and discuss it with their fellow enthusiasts. I’ve been in town for a few of these events (although I’ve never signed up to judge) and it was more than a little surprising to see that along with the young judges you’d expect I also kept seeing men in their 50s and 60s with judge badges at every stop.

One slight irony of the Cup is that if you go primarily to taste the good stuff for free it’s actually a terrible deal, but everyone agrees that it’s really fun so the event gets more popular every year anyway. Early registration (closing at the end of May) is US$199 and normal pre-registration is US$250, while the walk-up charge is €250. Normal civilians can go to all the same coffeeshops and try all the same cannabis at normal prices, but of course they aren’t able to have their votes count and aren’t welcome in the trade fair room or the closing ceremonies. Needless to say, there is no way in the world anyone could smoke enough weed in four days to come out ahead on that bargain, but for many of the judges it’s an honor to help pick the winners.

In addition to being something of a heaven on earth for potheads rich enough to fly to Amsterdam for the week, the Cannabis Cup also acts as something of a trade show for the world’s cannabis trade. There is an expo center set up with booths featuring products ranging from pipes to growing equipment to anything else that appeals to the cannabis crowd. The last night brings the closing ceremonies and awards presentation where all the winners are announced along with a concert by a stoner-type band, sometimes one you’ve heard of.

You can buy a day-pass to the convention for €30 per day at the door.

Awards are given out each year in the following categories:

Each of the actual cannabis winners goes to the particular strain and the particular coffeeshop that entered it. If you are looking for the best and strongest stuff in town you should sample some of these as they are usually available long after the ceremonies have ended.

In the past they’ve given an award to the best coffeeshop, but that appears to have stopped after 2003. Frequent top-3 finishers in that category were Barney’s Breakfast Bar, Greenhouse, De Rokerij, The Dolphins, and De Dampkring, all of which are still in business and still among the better coffeeshops in Amsterdam.

To find out the past High Times Cannabis Cup winners, check out Cannabiscupwinners.com.