Dutch weed prices up slightly and THC content down 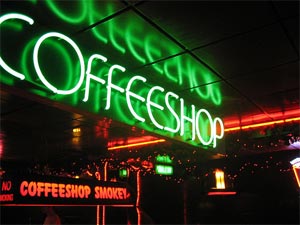 I read a really interesting story on another cool Amsterdam guide about a recent study that shows that Dutch weed has gone down in strength a bit since last year, while prices have gone up. The Trimbos Institute – the Netherlands Institute of Mental Health and Addiction – has been tracking price and strength information on cannabis in the Netherlands since 1999, and the 2007 results that were released this month show trends that both seem to be going in the wrong direction.

As you probably know, THC is short for Tetrahydrocannabinol, which is the main psychoactive substance in the cannabis plant. The average level tested in 2007 is 16% compared to 17.5% in 2006. But to put things in perspective, marijuana that grows naturally normally ranges from 2% to 5% THC, and the average level in marijuana in the United States was 8.5% in 2006.

Even more dramatic was the drop in THC content in the imported hash the Trimbos Institute tested – from 18.7% in 2006 down to 13.3% in 2007. Most hash found in Amsterdam coffeeshops comes from Morocco, and a combination of a poor harvest and tighter drug policies in that country seem to have taken their toll on the hash that makes it to the Netherlands.

A development that is a bit unsettling is that marijuana prices in Dutch coffeeshops have gone up about 20% – from just over €6 per gram to €7.30 per gram – in the past year. Hash prices also crept up, from €7.30 to €7.70 per gram. The Institute says the price increases are the first since they began tracking in 1999.

On the surface this news is a bit disturbing, but at this point there is no reason to think these will be long-term trends. And even more important to remember for the average cannabis enthusiast who is considering their next Amsterdam trip is the fact that Dutch weed is still super strong and quite cheap by almost any standard. This is like going into a bar and being told the premium vodka is now 92 proof instead of 100 proof, and it will now cost you an extra Euro to get really drunk.

In the overall scheme of things this is pretty minor stuff considering all the joy still available for a very reasonable price.