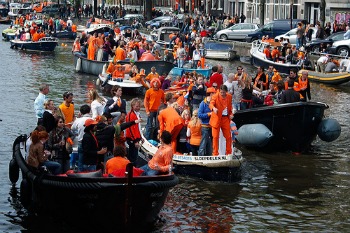 A quick glance at Amsterdam’s holiday calendar might give you the impression that the city is always celebrating something – and that’s not far from the truth.

Especially during the warmer months, there are music, film, and theatre festivals as well as dance parties, art exhibits, parades, and open-air movies.

Even if you aren’t traveling to Amsterdam specifically for a particular festival, it doesn’t hurt to check the calendar to see what’s going on when you’ll be in the city.

Here are a few of the bigger festivals in Amsterdam throughout the year.

Here’s a more complete list of the current Amsterdam holiday calendar, and for the most up-to-date listings of every festival and event in the city (searchable by month and category) head for the festivals page on the iAmsterdam site.