Flights to Amsterdam continue to be weirdly cheap for summer travel 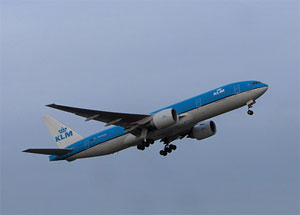 We are all sick of thinking and talking about the Great Recession, but one continuing benefit is it’s keeping prices for travel really low. Every month or two I check prices for an airline ticket to Amsterdam from 10 different cities to see if prices are going up or down. Last month prices were amazingly low for summer travel, and many people predicted they’d climb up dramatically from there, but that hasn’t happened.

To be honest, most of the fares I did find were slightly higher than the ones I found in July, but it’s still very easy to get a cheap flight to Amsterdam, relatively speaking, no matter where you are coming from. Most fares from American cities went up by around $35, which is only around 7% on average, and several of them remained unchanged from their earlier summer levels.

The great news is that prices for late summer are still way lower than last year (but last summer was a nightmare), and fares going into the fall and winter should probably go down even more, as they traditionally do.

Hotels are very cheap as well

We’ve heard that hostels in Amsterdam, and all over Europe, are even busier this year than before, because everyone is trying to save money. This means it’s a bit harder to book the most popular places, and you won’t get any special deals. But the good news (for travelers) is that many really nice hotels have gobs of empty rooms so they are wheeling and dealing.

For example, on Expedia I’m seeing the Park Hotel with prices starting at $134 (around €95) per night. That may not sound like a steal, but it’s a 3-star business hotel between Vondelpark and the Leidseplein area, so the location can’t be beat. This is my favorite neighborhood for hotels and this place would normally charge over $200 per night under other conditions.

That is just one example. Generally speaking, hotels in Amsterdam are all struggling a bit, so it’s a buyer’s market. Next summer it’s very likely that prices will be back to where they were last year and the city will seem expensive again. If you can afford to travel this year, do it.