Getting from Amsterdam to Luxembourg (and return) 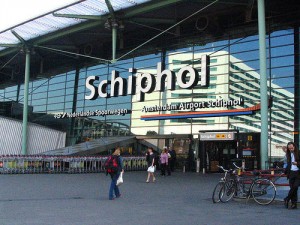 Luxembourg City is the capital of the Grand Duchy of Luxembourg, which lies at the crossroads of Germanic and Latin cultures. This little country boasts a lot of natural beauties and enjoys one of the highest standards of living in Europe. Luxembourg City is home to a superb fortification (added to the UNESCO World Heritage Site list), the pedestrian old town, the Neumünster Abbey, Place Guillaume and the Place d’Armes, to name just some of its notable sights.

Should you plan to travel from Amsterdam to Luxembourg, then you need to consider the time and money involved in making this trip.

Whether you fly or travel by train, you’ll spend the same amount of time and money; however, if you choose the train, you won’t need to worry about getting to/from the airport and the costs involved.

Amsterdam Airport Schiphol (AMS) is one of the busiest airports in the world and is locate about 15 km from the city center. It is hub for Amsterdam Airlines, Arkefly, Corendon Dutch Airlines, Delta Air Lines, KLM, Martinair, Transavia, Tristar Air and Vueling.

Luxembourg is served by Findel Airport (LUX) , located about 6 km from the city center. It is hub for Luxair.

Direct flights from Amsterdam to Luxembourg are run only by KLM and the flight takes 1h 5 min. However, single adult fares start at €471* (non stop flights). Connecting flights start at €168 per person, one way and you’ll be traveling for about 3 ½ hours. Also, if you book several months in advance (up to 6 months), the price will be lower for a connecting flight (i.e. for March 2012, expect to pay from €114 per person, one way).

>>read more about Flights to Schiphol

Trains from Amsterdam to Luxembourg

In order to get from Amsterdam to Luxembourg by train, you need to make a connecting in Brussels.

>>read more about Getting from Brussels to Luxembourg

Driving from Amsterdam to Luxembourg

Another option is to rent a car and drive to Luxembourg. The shortest route is 362 km via A2, through Belgium, and you should be able to get from one city to another in about 4 hours.

Note: * the prices are valid at the time the article was written