Getting from Amsterdam to Madrid (or the other way around) 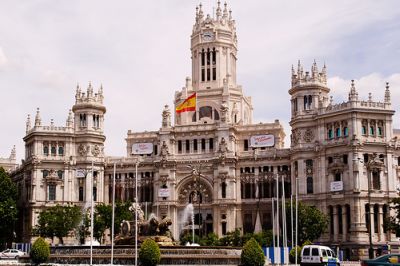 Hopping from one European city to another is the foundation of any grand tour through the continent, but some such journeys are easier than others. It’s a quick train trip, for instance, from Amsterdam to Paris – but getting from Amsterdam to Madrid is an entirely different animal.

It’s impossible to say which is the best way for everyone to get from Amsterdam to Madrid, because everyone’s situation is different – but it’s probably fair to say that if you aren’t seriously constrained by budget that you should at least look at the cost of flying from one city to the other. The distance is big enough that it will definitely keep you from spending too much precious vacation time in transit. If, on the other hand, your budget is a bigger factor, then by all means check out the cost of both trains and buses between Amsterdam and Madrid – but don’t overlook flights, as sometimes there are killer bargains that even the shoestring traveler can’t pass up.

And of course although this is written from the standpoint of Amsterdam as your departure city and Madrid as your arrival city, the information is more or less the same if you’re starting in Madrid and ending in Amsterdam.

Trains between Amsterdam and Madrid 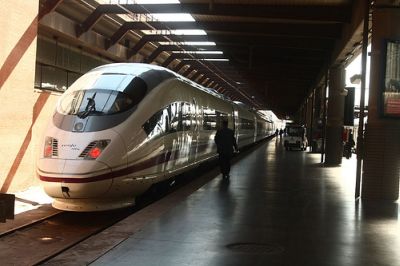 The thought of getting around in Europe from one country to another usually conjures up images of long train rides, and the train is still the ideal mode of transportation for many journeys – but for some really long trips, it can be more complicated than it’s worth.

You can’t plug Amsterdam-Madrid into any European ticket search site and get anything but error messages telling you there’s no train route connecting those two cities. Of course you can get from one to the other by train, but you can’t book it in one go. If you’re intent on making this trip by train, you have to break it up into two segments. You can choose pretty much any big station in France to make the stopover, but the bigger stations will have more options, so Paris is a good choice.

This means you’ll book two train tickets – one from Amsterdam to Paris, and another from Paris to Madrid. The train from Amsterdam to Paris takes roughly four hours and tickets start at just under €80; then the train from Paris to Madrid (with one connection along the way) takes about 14 hours total and tickets start at around €110.

You can get more information – including any special offers on tickets – on the Amsterdam-Paris route on the Dutch Railways International site, and then use either the French SNCF site or Spain’s Renfe site to find more information on the Paris-Madrid leg of the journey.

Flights between Amsterdam and Madrid 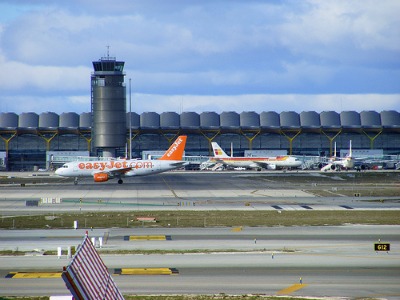 Looking at a map of Europe is probably all it takes to make you think that flying from Amsterdam to Madrid might be the most convenient option. Even when you consider that airports are well outside city centers and you’ll need to pay for transportation out to the airport and into your destination city, the time you’ll save over ground transportation is a huge factor in the decision-making process. Of course, if you can find a killer deal on a flight, it’s even more appealing.

From gate to gate, a direct flight from Amsterdam to Madrid is a little under 3 hours, but most journeys require one stop along the way. Several airlines make the one-stop version of the trip, including British Airways, SAS, and Aer Lingus, as well as budget airline Air Berlin. There’s one carrier – easyJet – that makes the trip non-stop, and it happens to be a budget airline as well, so it’s a winner on two fronts.

Ticket prices on easyJet flights vary considerably, but they tend to be fairly cheap – often in the €55-65 range one-way, and sometimes even cheaper.

Buses between Amsterdam and Madrid 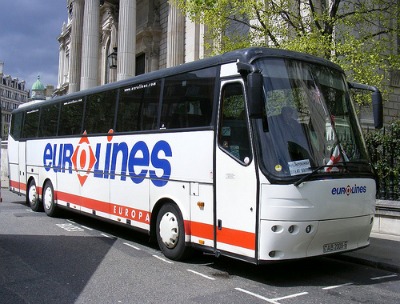 After seeing how long it takes to get from Amsterdam to Madrid by train in the section above, you might be thinking taking the bus would be even longer – and you’d be right. Why would you even think of taking the bus, then? For those with lots more time than money, the bus is often the best option.

You have a couple of choices when it comes to long-distance bus travel in Europe – Eurolines and Busabout.

Eurolines is a collection of major coach companies in various European countries that work together to coordinate schedules and fares, making it easy for people to book trips from one country to another. A trip as long as Amsterdam-Madrid will usually require a few stops along the way, but there’s a “Madrid Express” Eurolines bus that runs during the summer high season that takes about 23 hours. During the rest of the year, it’s an even longer trip. You can book Eurolines passes that, like Eurail passes, give you a certain number of journeys within a given timeframe, or you can book single tickets. The Amsterdam-Madrid ticket starts at €104 one-way, while passes start at €175 for 15 days of travel.