Getting from Brussels to Berlin (and return) 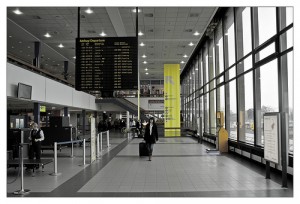 Berlin is the capital of Germany and the country’s largest city. It is best known for its nightlife, museums and historical sites. Although badly damaged during the Second World War, Berlin has rebuilt itself beautifully and is now one of the hot stops of European tourism industry.

Brussels, the capital of Belgium, is often regarded as some sort of a capital of the European Union. The city is definitely a melting pot of cultures, but still retains its unique charm. But Brussels also offers some interesting sights, such as: Grand Place-Grote Markt – a range of 300 old buildings -, Manneken Pis – a small bronze statue thought to represent the “irreverent spirit” of Brussels -, Basilique du Sacré Coeur and the Statue of Europe.

If you have a limited time available for traveling, then consider taking the plane from Brussels (BRU) to Berlin (SFX). The flight takes 1h 30 min and fares are about €40* per person, one way. Another option for the budget traveler is the bus, which does take 11 hours , but departs and arrives in the city centers (so you save the money to get to/from the airport and the city center).

Flights from Brussels to Berlin

Brussels is served by two airports:

Trains from Brussels to Berlin 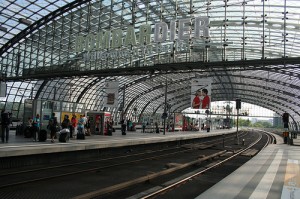 Should you run a search on Bahn.de , there aren’t any direct trains from Brussels Midi to Berlin, but you can take the Thalys train (Eurostar) to Köln and then take the Intercity train to Berlin.

Via Bahn.de you can book tickets from Köln (make sure to use the appropriate spelling) to Berlin. There are departures hourly and the single adult fare starts at €79. The price depends on the type of train you choose. The IC (cheaper) takes 5 h 16 min while the ICE (more expensive, from €99) takes 4h 20 min to get between the two cities.

Buses from Brussels to Berlin

There are also direct buses from Brussels to Berlin run by Eurolines . They depart from Brussel Noord daily, except on Thu. The buses leave at 11 p.m., but on Tue and Sat there are additional departures at 11:15 p.m. The travel time is 11 h and the single adult fare is €54.

Driving from Brussels to Berlin

If you want to enjoy the scenery as you travel and also plan to make some stops along the way, then consider renting a car and driving the 770 km between Brussels to Berlin. It should take about 7 h 10 min on A2. Please note that this route crosses through Netherlands.

Note: * the price is valid at the time the article was written