Getting from Brussels to Luxembourg (and return) 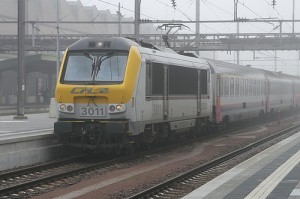 The Grand Duchy of Luxembourg lies at the crossroads of Germanic and Latin cultures. It is the second smallest of the European Union states and the only Grand Duchy in the world. The little country boasts a lot of natural beauties and enjoys one of the highest standards of living in Europe. Luxembourg is the capital of the Grand Duchy and is home to a superb fortification (added to the UNESCO World Heritage Site list), the pedestrian old town, the Neumünster Abbey, Place Guillaume and the Place d’Armes, to name just some of its notable sights.

Brussels (Bruxelles, Fr) is Belgium’s capital and although it’s a melting pot of cultures, it retains its unique charm. Aside from being home to many headquarters of European Institutions, it also offers interesting sights to visit, such as: Manneken Pis – a small bronze statue thought to represent the “irreverent spirit” of Brussels -, Basilique du Sacré Coeur, the Statue of Europe and Atomium.

Although Luxembourg City is served by an airport, it doesn’t receive any flights from Brussels. Your only public transport option is the intercity train from Brussels to Luxembourg.

Trains from Brussels to Luxembourg

The easiest way to travel from Brussels to Luxembourg is by train. There are hourly trains departing Brussels Midi and the journey takes 3 hours. During the weekdays, the first train departs at 10:33 a.m. and the last one at 8:36 p.m. Over the weekends, the first train departs at 6:33 p.m. and the last one at 8:33 p.m. You don’t need to purchase the tickets in advance. Single adult 2nd class fares start at €65* (US$89).

Driving from Brussels to Luxembourg

Given the short distance between Brussels and Luxembourg (224 km) , it can be a good idea to rent a car and drive between the two cities. It should take about 2h 40 min (on E411).

Note: * the price is valid at the time the article was written