How Best to Do Business in Amsterdam

As a gateway to most European cities, the city of Amsterdam – although renowned for its tourism – is viewed as a perfect city in which to base and conduct business.

With a high trade and financial services orientation (this sector employs around 120,000 individuals) business in this bustling, vibrant city is frequently conducted with major players in, for example, Berlin, Edinburgh, Paris, Rome, London and Madrid.

Amsterdam Airport Schiphol is the world’s 5th busiest airport and it’s through here that thousands of tourists and businessmen/women pass on a monthly basis via more than 270 different world-wide destinations.

Business in a Nutshell 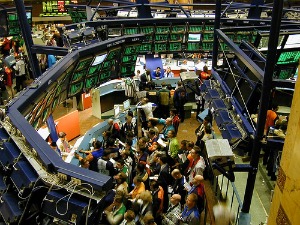 The world’s first stock exchange was created in Amsterdam and became the blueprint for similar ventures around the world. Today Amsterdam’s Central Bank is based here together with regional offices from some of the world’s biggest names in the banking industry. Earlier this year the world’s largest bank, the Chinese ICBC, opened a branch office in Amsterdam.

Many of the industry’s newcomers to Amsterdam are concentrated in the city’s financial zone, otherwise known as the Holland Financial Centre Plaza.

But it’s not just in finance that commerce is growing. Last year more than 122 new international companies – the majority from Asia – put down roots in the city of Amsterdam and surrounding area, bringing the total foreign business make-up to more than 2000. Recent recruits include the American multi-national firm Mastercard, Brit Insurance, Japan’s Yakult and huge Indian IT firm Dot Com. Existing world players are diverse and include Unilever, Nissan, Royal Dutch/Shell and Rank Xerox.

All this foreign blood gives Amsterdam a rather cosmopolitan feel. Yet the city is still small enough for any businessman/woman and newcomer to negotiate his or her way around.

Time is hardly of the essence in Amsterdam. By that we mean it can take long periods for business decisions to be made. This is because these tend to be by consensus rather than dictated by a hierarchical management structure.

It’s as well to remember too that extroverts won’t fare particularly well in a business meeting in Amsterdam, according to much of the business literature of the day. Flamboyant, loud and aggressive gestures are actually frowned upon. So too is hogging the meeting or being overly-opinionated.

Meetings can also seem rather more serious than those in perhaps America or the UK but, on the plus side, you’ll find your Dutch business colleagues very sincere and straight to the point, perhaps even unintentionally blunt. Just don’t take it to heart. 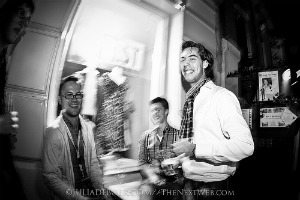 The work-life balance is well and truly alive and kicking in Amsterdam. Recently voted the country with the best ratio of work and leisure, employees in Amsterdam enjoy the shortest working week of most of the world’s industrialised nations at around 35 hours.

Numerous studies have shown that fewer working hours lead to a more motivated and happier workforce, and that people are able to concentrate better.

A worldwide study conducted in 2008 put Amsterdam in 13th position from 235 cities when it came to quality of life.

Perhaps it’s because this liberal and welcoming city enjoys a mix of nationalities and cultures – reflected in its varied restaurants and club scene. Both the Rembrantplein and Leidseplein are excellent entertaining areas for visiting business colleagues. For more sombre socialising the city’s numerous coffee shops fit the bill perfectly. And for those with an artistic bent, there are the famous galleries and museums displaying works by Van Gogh, Gaugin, Monet, Rembrandt and Vermeer.

Most visiting business colleagues prefer to stay in a location where they can rely on facilities such as Wi-Fi, scanners and fax machines. The Holiday Inn Amsterdam is popular for this reason, so too is the Mercure Hotel and Amsterdam Hilton. None of these are particularly expensive and all come with parking provision and dining facilities. They also have meeting rooms available for impromptu discussions or larger conference facilities. 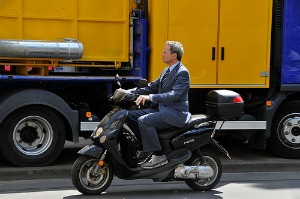 Amsterdam is, of course, famous for its 160 canals, footbridges and 90 different islands. The Floating Dutchman is the city’s latest travel innovation and is a fun cross between a bus and a boat. It picks up customers at Schiphol Airport (as a bus) and deposits them in a canal in the city centre for a 45 minute tour (as a boat). Any visiting businessman or woman would be impressed at this spectacle.

Cycling is also a big deal in this city of narrow lanes. You’ll find numerous designated areas for bikes only and hundreds of places to park your bike. And for the visiting business colleague there are plenty of bike rental shops. Indeed it’s not unusual to find businessmen or women cycling to work in a pin-stripe suit!