How to Fly Budget Airlines to Amsterdam 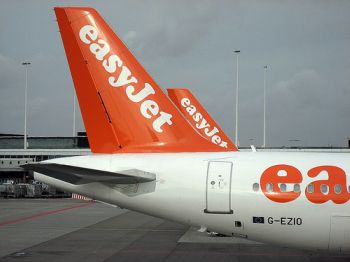 Travelers to Amsterdam are fortunate to have one of Europe’s big airline hubs to fly into – the Netherlands may be a small country, but Amsterdam’s Schiphol Airport is a major one on the continent. This means that not only are you more apt to find cheap flights to Amsterdam from lots of different cities around the world, it also means that some people use Schiphol as their cheapest entry point to Europe before moving on to their target destination.

But if you’re not finding flights to Amsterdam that are as cheap as you’d like them to be, then it’s worth it to look at all your options for getting to the city. And if you can find a special discounted fare into another major European hub, that could be just the option you need.

Lots of Budget Airlines in Europe

You may already know this, but just in case you don’t, here’s the skinny. European air space is practically crawling with discount airlines. These carriers generally cover just short distances, and their stripped-down service means you’re likely to pay a fee for everything from a carry-on bag to using the bathroom during a flight (at least if Ryanair gets its way), but even with all those feed added up a flight on one of Europe’s budget airlines is often still cheaper than a flight on another airline or a train ticket.

How does this factor into your trip? Well, let’s just say you’re not finding the best deals on direct flights to Amsterdam, so you’re shopping around and you find a super cheap flight to London. Londong isn’t Amsterdam. You have two options – you can change your holiday plans, or you can book your flights in two segements. Assuming you’re focused on Amsterdam, let’s talk about how that second option works.

Booking a Trip in Two Segments

Any time you book a flight that includes a layover you’re essentially booking your trip in two segments – you’re just letting the airline booking system you’re using manage the logistics of that on your behalf. (And anyone who’s had to sprint through an airport because of a too-close connection knows the airlines don’t always get it right, either.) To take advantage of that steal of a deal flight to London but still end up in Amsterdam for your vacation, you would need to book a second round-trip flight from London to Amsterdam and back on one of those discount airlines mentioned earlier.

This two-segment booking method not complicated, but it does require a bit of additional logistical juggling on your part. The two things you absolutely need to keep in mind are:

Is is worth it?

So, is it worth it? That depends. If you find such a great deal on a fare to a city other than Amsterdam, and then you find another great deal on a fare from that city to Amsterdam, and the additional time you’d need to budget (not to mention the additional time for planning) isn’t more of an annoyance than it’s worth, then the answer is probably yes. But if you have more money than time to play with on your vacation, then the most convenient option is probably the best one for you – and the most convenient option isn’t usually this method.

If you’d like to investigate your options, then here’s a list of the budget airlines that fly to Amsterdam, including some of the airports they connect with, so you can see which airports to look at for cheaper flights.