A national flag can sometimes offer clues to a country’s identity – and sometimes learning what the colors of the flag mean just makes you better at trivia games. In the case of the Netherlands flag, it’s a little bit of both.

The Netherlands flag is one of the many so-called “tricolor” flags in the world – meaning there are three bands of color on the flag. On the Dutch flag the colors are red, white, and blue and they’re horizontal bands of equal proportion. This has been the national flag of The Netherlands in an official sense only since 1937, but the use of this tricolor flag as the Dutch flag goes back to the 17th century. 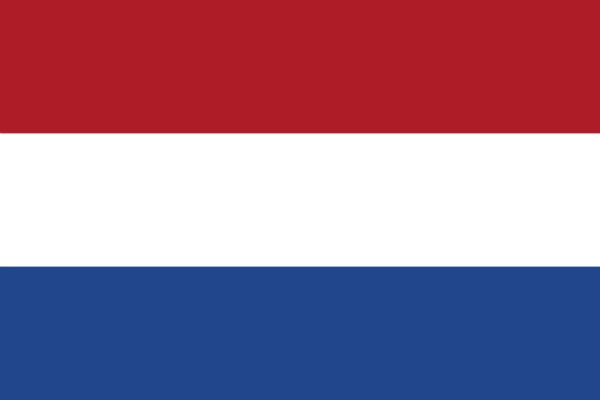 If you’re at all familiar with the attire the Dutch wear when celebrating national holidays or cheering for their national sports teams, you’re no doubt wondering at this point, “Where’s the orange?” The national color of The Netherlands remains orange, in honor of the man who led the fight for Dutch independence from Spain in the 1500s and became the first leader of the Dutch Republic: William I, the Prince of Orange. 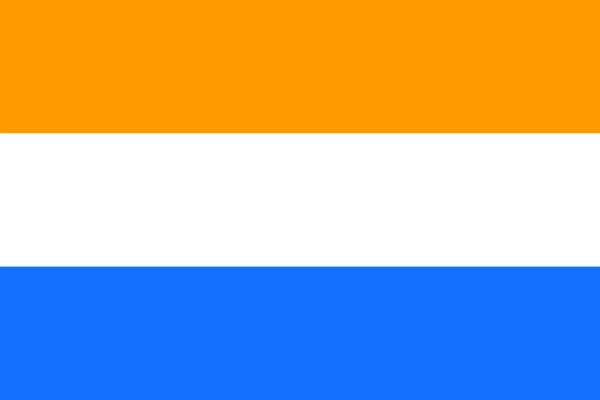 The original tricolor flag of The Netherlands was orange, white, and blue – William I’s colors – but apparently they couldn’t prevent the orange dye from turning red after awhile, so in the end they relented and changed the official flag’s colors to red, white, and blue. Sometimes you will still see Dutch flags flown in the country that have a small orange banner added to the flagpole above the official flag, in honor of the country’s national color and the flag’s past. 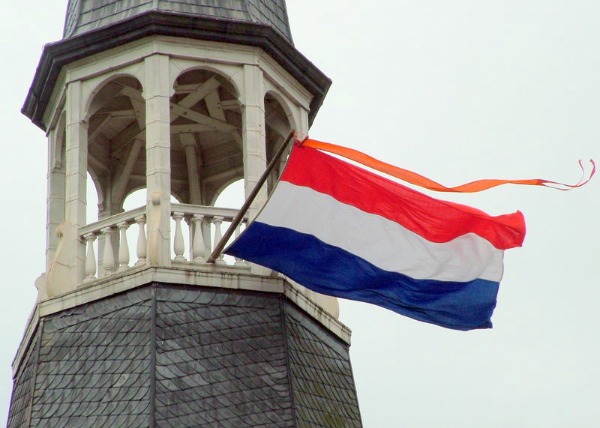 photo at the bottom by Ziko-C