Perfect Time for a Quick Getaway to Amsterdam 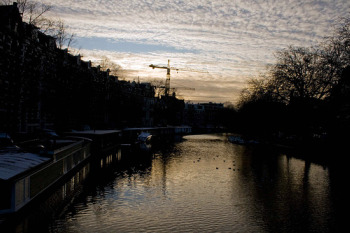 The middle of January isn’t necessarily the time when most people think about a getaway trip to Amsterdam – the city isn’t exactly known for being warm in winter, after all. But as has been noted recently, winter trips to Amsterdam can be a really good idea. The weather isn’t usually as bad as you might think for winter, and the prices on everything from airfare to accommodation are lower.

Although Amsterdam may not be one of the biggest cities in Europe, it is blessed with one of Europe’s major hub airports – so finding cheap flights to Amsterdam is relatively easy to do year-round. But the high season is undoubtedly summer, so planning a trip for something other than summer is going to save you even more. Even if you don’t travel until March or April, starting to think about – and research – your trip in mid-January is one good way to make sure you don’t miss out on a great deal that pops up out of nowhere.

After airfare, of course, the biggest expense of any trip is accommodation. Amsterdam is just the kind of city a true budget traveler likes to visit, because there are so many cheap hostels in Amsterdam. And even if you think you’re not the “hostel type,” most hostels these days have private rooms, so you can have your own bedroom (you might share a bathroom) for far less than the cost of most hotels. Also, there’s only a handful of hostels left in Amsterdam where there’s smoking still going on indoors, so you can usually steer clear of that if you’d prefer.

Londoners, I’m talking to you.

In addition to the flights from Heathrow, Gatwick, and Stansted with fan out all over the globe, you’ve got Luton and London City, too. Sure, there are fewer flights from each, but more of them are on budget carriers. For instance, there are lots of cheap flights from Luton Airport to Amsterdam on easyJet.

So even if it’s chilly and raining in London and your first thought is to head south to the Canary Islands, let me suggest that this is the perfect time to jet over to Amsterdam for a weekend break of top-notch museums, great nightlife, and some guilt-free smoking.