Schiphol: An Unlikely Airport of Importance 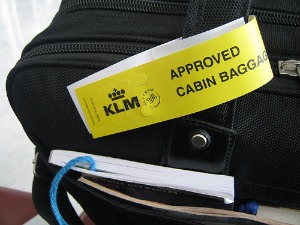 When it comes to airports, size sometimes matters – but in the case of Amsterdam, a small city in a small country, size apparently has nothing to do with it.

We expect places like London and Paris to have enormous airports with a long list of incoming and outgoing flights every hour. We expect them to have multiple airports, in fact, and for there to be a mind-bogglingly huge array of options for flying in and out. With Amsterdam, however, infrequent travelers may be surprised to learn how important Schiphol Airport is in Europe.

Schiphol is the homebase for KLM, sometimes known as Royal Dutch Airlines, the national carrier of the Netherlands. It may be partly due to KLM’s status as one of the major airlines in the world (especially after merging with Air France), or the Dutch may just be really clever – either way, Schiphol has become a major international gateway to Europe from cities all over the globe.

In addition to being served by big airlines like KLM, Air France, & Delta, Schiphol is also served by a number of budget airlines. Not every discount carrier in Europe flies to Amsterdam (notable absences from the list are Ryanair and WizzAir), but you can still get in and out for cheap fares on bmi, easyJet, Flybe, and Vueling.

Remember you can keep tabs on your flight if you’re on the Dutch national airline with this KLM flight status tracker. And if you’re staying in Amsterdam and not just using Schiphol as a stopover while you wait for flights to Germany or somewhere else in Europe, then check out these cheap Amsterdam hotels.