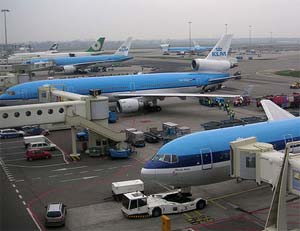 You may remember not long ago when I mentioned an interesting article on BootsnAll.com that tested 7 major airfare sites to see which one was the cheapest. The results of those trials were a bit surprising, but that was just the first in a 4-part series that tested those sites in other areas as well.

The series of articles has recently concluded by trying to determine which is the best all-around airfare site. Again, the conclusions are quite interesting and probably not what you might expect. Unfortunately for our non-North American friends, the articles only concentrate on sites like Expedia, Travelocity, and Priceline, and only their US and Canadian operations. Several of these same companies have UK or Europe sites, and the results probably carry over for them as well, but you can’t draw the same firm conclusions that the series did with the North American versions.

Of particular interest to Amsterdam travelers is a section that discusses which is the best site if you have a flexible schedule. The results for domestic US flights are broken out from the results for international flights, so you can probably get some good advice on how and where to shop for your upcoming Amsterdam flight, or any other flight for that matter.

Again, there are 4 articles in the series, but they are linked up from the final best all-around airfare site one, so you can see the others easily once you get there.