Tipping and service in Amsterdam 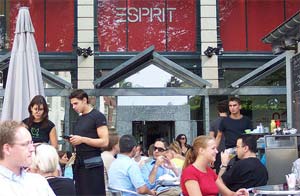 If you are from Europe these will all be things you are well aware of, but for North Americans visiting Amsterdam for the first time, especially if you haven’t traveled extensively elsewhere in Europe, the topics of tipping and service are interesting. The culture of both things is very different from one side of the Atlantic to the other, and more than a few people get riled up needlessly because they don’t understand the other system.

Tipping: A service charge that is the equivalent of a tip is already included in every price. This includes taxis, drinks, food, haircuts, carrying luggage, and everything else. So leaving no tip at all isn’t really insulting because tipping is optional through Europe. However, it’s most common, even among locals, to tip around 5% or so on many things. Typically you round up the bill. If your meal in a restaurant is €18.50, then you leave €20 or even €19. If your taxi ride is €10.20 you give them €11.

Service: In restaurants and even in bars, the service tends to be slow and it’s that way on purpose. In restaurants it’s traditional to spend 2 hours or more dining, and 3 or 4 hours is acceptable. For them to get you your main course 10 minutes after being seated doesn’t serve a purpose. So with this in mind, you’ll usually have to flag down a server if you are in a hurry, and you’ll always have to ask for your check when you are ready to go.

In bars the story is much the same. In Europe far fewer people go out drinking to get hammered ASAP. Even when sitting at a bar, the bartender will purposely keep from making eye contact because that feels like they are rushing you, which is bad form. You often have to put in a bit of effort to get their attention for the next round. It’s (usually) not because they are lazy, but because that’s the way they do it and the way locals prefer it.

Here’s why tipping and service are so different

In the United States and Canada, many service jobs have minimal base salaries because it’s understood that tips will be a large part of their total income. Theoretically, a good waiter will earn more than a bad waiter. The incentive to be fast and friendly almost always translates into good service that North Americans are used to.

In Europe, these same service jobs are considered respectable professions that are right alongside teachers, train conductors, and grocery clerks. You don’t give teachers an impossibly low salary and then expect parents to tip them into the middle class, so why would you do that to a bartender? The culture that everyone should be in the middle class is very strong throughout Europe, so minimum wage jobs don’t exist in the same way they do in the United States in particular.

But things are changing a bit

Europeans are well aware of the tipping culture across the pond. The emphasis on tipping decently seems to be increasing in Europe in the last couple decades. Leaving no tip at all in a restaurant is considered bad form now although that wasn’t true a generation ago. Still, there is no reason to try to show off by tipping 20% or more. They’ll be happy to take your money, but when you leave they’ll think of you as more naïve than generous.

I’ve heard many stories from European wait people who divide up their sections of restaurants by area, but they suspend that to take turns serving groups of Americans because all those giant tips shouldn’t all go to one person.