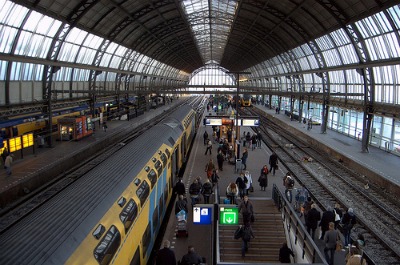 Anyone who’s planning a trip to Europe and has more than one city on their itinerary needs to think about the best ways to get around from one place to another. The best transportation method varies a bit from country to country, and can depend on the route you’re traveling, but for a huge percentage of the people who visit the continent every year the train is the best way to get around.

European train travel may not be as glamorous as many of us imagine it to be, but for the most part it’s efficient and inexpensive. Traveling by train affords you the luxury of seeing your surroundings go by, giving you a sense of place and distance that airplane travel just can’t match. Trains in Europe can also be excellent places to meet and interact with locals, too – especially if you skip the first class cars.

The number of budget airlines in Europe has grown exponentially in recent years, and some people have turned into air travel converts because of the speed with which you can get from city to city on a plane. Sometimes, it’s true, flying between cities in Europe is your best option – especially when those cities are a good distance apart. Getting from Amsterdam to Milan, for instance, is quickest if you fly. It’s still not unreasonable to go by train, however, because you can get an overnight train, sleep the whole way, and save on the cost of accommodation for one night.

Traveling within one country in particular is often best done by train, and that’s true in the Netherlands as well. Not only that, there are so many cities within a quick train ride from Amsterdam that you probably won’t need to fly or rent a car for many trips on your itinerary. Whether you’re talking about getting to Paris, Brugge, Brussels, and even London, taking the train from Amsterdam’s Centraal Station is not only a good option but often the best one. The only decision you’ll need to make, then, is whether it’s cheaper to get a Eurail Pass before you leave or buy city to city tickets for individual journeys.