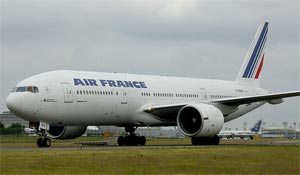 Fortunately for those of us who love Amsterdam, it has one of the biggest and busiest airports in all of Europe. This means there is crazy amounts of competition, which helps keep prices low. KLM/Air France, all by itself, flies nonstop to nearly every major city in the world from Amsterdam, so getting here on just a single flight is usually very easy.

But there are times when flights to Amsterdam show prices that are higher than you’d expect and you just have to wonder if a better deal might be out there somewhere. Well, there’s only the one big international airport near the city, called Schiphol Airport, so unfortunately this isn’t like London where you can check 3 or 4 nearby alternatives for better deals. Still, there are a few other airports that aren’t terribly far away, and a couple of them sometimes have great deals, especially if you are coming from within Europe already.

Airports near Amsterdam, from nearest to farthest away

This city now has a high-speed rail connection directly with Amsterdam, so you can go from one to the other in only around 40 minutes. Even if you are taking the train from Schiphol you’ll be spending around 20 minutes in transit, so this doesn’t add much time to your journey.

This is one place where Dutch discount airline Transavia (owned by KLM/Air France) does some of their cheap flights to nearby countries.

While it only serves about 3% as many passengers as Schiphol in Amsterdam, this is actually the second largest airport in the Netherlands. Eindhoven is about 110 kilometers (70 miles) from Amsterdam, but unfortunately it’s not directly on the train line. You have to take a bus from the airport to the train station, and then on to Amsterdam. You can take the AirExpressBus all the way to Amsterdam, which takes about 90 minutes, but it costs about €25 each way, and that will wipe out some of your savings, as will the train journey, actually.

This one is obviously another huge airport, although nowhere near as large as Schiphol itself. The cities are about 180 kilometers apart (110 miles) so you’d have to save quite a bit in order to make it worthwhile. There’s a train station beneath the Brussels Airport, just as there is the Amsterdam airport, but you have to take the train from the airport into one of the big three Brussels train stations in order to get to Amsterdam by rail. From there you can follow my instructions on getting from Brussels to Amsterdam, which basically requires one more train.

Airlines: There are many dozens of airlines flying daily into Brussels, so the sky is the limit, but a few notable discount airlines worth mentioning are: Brussels Airlines, Easyjet, Jetairfly, Transavia, and Vueling. Among big US airlines you’ll find American, Continental, Delta, United, and US Air, as well as Air Canada for any Canucks out there.

Destinations served: Again, this one goes almost everywhere so it’s easiest just to check yourself.

Düsseldorf is the only one on this list that has a decent chance of saving you money if you are coming from North America. This is a much larger airport than you’d probably expect, and especially during summer there are often very cheap flights available, comparatively speaking.

This airport is also on the train line, but this one is directly on the main line where the international trains go, so you can actually get a train directly from this airport all the way into Amsterdam’s Centraal Station. It takes a bit over 2 hours, and promotional fares start as low as €19 each way if you book in advance on the Dutch Rail website.

Airlines: There are also dozens of airlines flying into this one, but the key ones to know about are Easyjet and Air Berlin (formerly LTU), which has cheap flights during summer but doesn’t fly from the States at all during winter.

Destinations served: This would be another huge list, though some key ones are London-Gatwick (and Stansted), Rome, New York, and Los Angeles.