Choosing a coffeeshop, and overdoing it – Amsterdam Coffeeshops FAQ 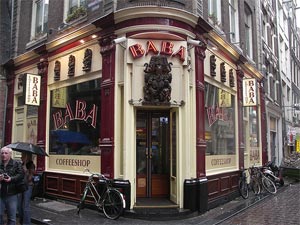 Which is the best coffeeshop?

I have my personal favorites, but a big part of the fun is walking around discovering them for yourself. It’s a lot like asking which is the best bar in your hometown. You have your favorite because you like the music or decorations or layout or location, but if everyone decided it was the best bar it would always be so packed that you’d find a new hangout anyway.

The music in most of them tends to be pretty consistent from one day to the next. A shop called Baba plays trance and vocal house music all day every day, and I love that stuff so I love that place. You might hate trance and you might be happier in a shop that plays a lot of reggae or classic rock or whatever. My best advice is to try out several places as early in your stay as possible. You’ll soon find your own favorites.

I’ll be covering individual coffeeshop reviews elsewhere in the near future. For the moment you can see my Top 5 Amsterdam coffeeshops.

Which coffeeshop sells the strongest weed?

Unless you are a real major pothead, that’s a bit like asking which bar sells the strongest vodka. The strength of the marijuana in Amsterdam is very high (pardon the pun), although it’s been decreasing slightly since 2005. Still, with an average content of THC of 16% in 2007, nearly all the weed in Amsterdam will do the trick. If you aren’t a daily smoker or an old pro it’s probably best to stick to the middle of the road stuff anyway. 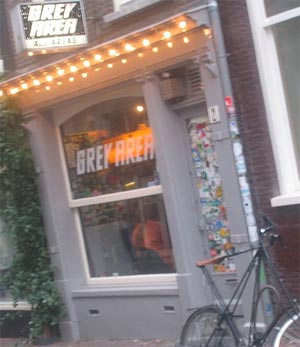 But if you are a pro and this is your first trip to Amsterdam, there are a few places that have been known over the years to have the highest quality. Grey Area often tops the list, although the place is tiny so it’s not really a good hangout. The Green House chain of shops, Barneys, and De Dampkring are also known for really potent weed and hash.

If you really want to get the highest possible (without overdosing on space cakes) you’ll want to seek out the Isolator hash, which is made locally and can be far more powerful than anything else you can get.

Do people ever overdose on weed in the shops?

Not exactly, but some newcomers do run into trouble by overdoing it. Fortunately, the coffeeshops are all used to this and they are really helpful and understanding about it. Typically a younger person with limited smoking experience will try to keep up with an experienced friend, and next thing they know they’ve sort of half-fainted right in their seat.

Again, the shops have seen this before, so they know what to do. An employee will usually rush over to help, and suggest that the friends of the victim get them outside into the fresh air to take a seat for a while. They’ll often even offer a free bottle of juice for the person to drink as a way of getting them back to reality more quickly. The now-functioning victim is fine after only a couple of minutes, aside from the embarrassment that goes along with fainting in public.

The only things you need to be very careful of is the new strains of Dutch hash. This Isolator or Ice-o-lator hash is usually way stronger than any other kind of hash or weed, so it should only be sampled by experienced smokers.