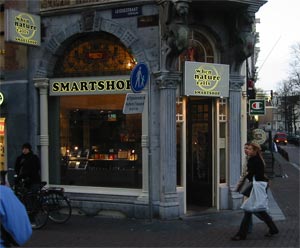 What about other recreational drugs?

“Magic” mushrooms were recently banned so those are likely going to be unavailable in the city’s notorious “smart shops.” The owners of the shops have pledged that they’ll try to find a substitute – possibly one that’s less safe than the mushrooms – so this is developing as of early 2008. Those smart shops sell “herbal ecstasy” and other pills that are mostly just cheap speed, but nothing good.

Many people ask about cocaine and even heroin in Amsterdam. You may be surprised to hear that even asking about these things tends to make the locals a bit unhappy. The Dutch consider the soft drugs to be similar to alcohol, partly as a way to keep people from turning to the more dangerous alternatives. Their idea of a liberal and tolerant society is meant to help solve the bigger problems by separating truly dangerous things from less dangerous things, so asking where to buy cocaine is a bit of an insult to their system.

That said, those drugs are certainly present in the city, but for a tourist with no friends in Amsterdam, looking for those things is asking for trouble. Particularly near the bridge in the center of the Red Light District, you’ll find scruffy guys who sometimes offer what they say is cocaine or heroin to passersby, but it’s never what they promise so you’ll almost certainly be getting ripped off if you try.

Amsterdam does have some visible packs of junkies, mostly near Centraal Station and in the Red Light District. When not shooting up they tend to spend much of their time stealing bicycles, so it’s not a terribly glamorous life. 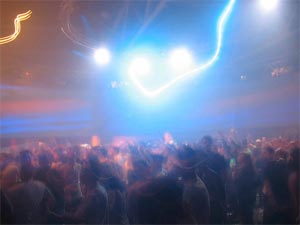 Amsterdam is one of the key ecstasy export centers of the world, but the famous club drug has fallen out of fashion most everywhere these days. There’s no easy way to buy ecstasy in Amsterdam, but if you go to a dance club early enough and you know what you are looking for, it’s not impossible to find someone willing to sell you a hit or two. This sort of thing is always a risk though. It’s very unlikely you’d wind up in jail, but paying €10 or more for a nearly worthless pill is quite possible.