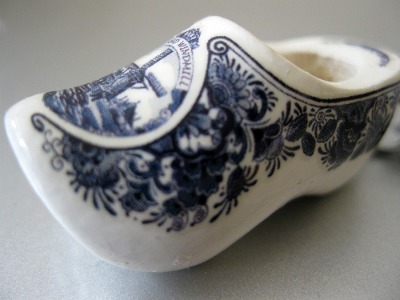 Whether you’re shopping for someone who’s planning a trip to Amsterdam or who just can’t stop talking about how much they love this iconic city, there’s sure to be something in this collection of Amsterdam gift ideas to please just about everyone.

And hey, if you’re the Amsterdam-o-phile in question, feel free to just send the whole list on to your friends and family as a helpful hint just before your birthday.

Skip ahead to the different sections using the links here, or just scroll through the whole article for 46 gift ideas of Amsterdam awesomeness.

Amsterdam Gifts for the Traveler

Anyone on your gift list who’s planning a trip is actually pretty easy to shop for – a travel guide geared toward their taste and travel style is always appreciated. Here’s a selection of great travel guides for Amsterdam.

Lonely Planet: Amsterdam – The Amsterdam LP guide includes more than 700 author recommendations for your time in the city, several DIY guided tours on foot and by bike, tips to avoid the longest lines, and lots of color pictures.

Rick Steves: Amsterdam-Bruges/Brussels – The Rick Steves guide to Amsterdam includes nearby Bruges and Brussels, but it’s focused on Amsterdam. There are self-guided tours through the city (both through neighborhoods and through museums) and lots of tips to experience the best of the city on a budget.

Secret Amsterdam – This guide focuses on the aspects of Amsterdam that may be less well-known, including a “boat-in” – Amsterdam’s version of a “drive-in” movie theatre.

Frommer’s Irreverent Guide to Amsterdam – If you like Frommer’s style in general but are interested in a slightly quirkier take on Amsterdam, this may be the ideal guide for you.

Amsterdam: Made by Hand – This interesting book highlights shops and studios all over Amsterdam where travelers can see artists at work and buy their unique creations.

Moleskine City Notebook: Amsterdam – Moleskine’s City Notebooks are great for return visitors to a place, or people who just like to keep track of their own travels rather than just following someone else’s guidebook. Maps of Amsterdam are included, along with lots of blank pages for jotting down notes.

Amsterdam Pop-Out Map – Pop-Out maps are excellent city maps that require no folding or un-folding, making them easy to slip in and out of a pocket or purse quickly and discreetly.

Amsterdam luggage tag – Declare your love for Amsterdam no matter where you travel with these stylish luggage tags.

Amsterdam in the Movies

Sometimes all it takes to rekindle a love affair with a destination is to see it portrayed on the big screen. These are mostly movies in which Amsterdam merely serves as the setting, but there’s a travel show in here, too, if you want the focus to be entirely on the city.

Globe Trekker: Netherlands/Amsterdam – Let the GlobeTrekker folks guide you through Amsterdam and The Netherlands with their characteristic humor and sense of adventure.

Operation Amsterdam – This 1959 film is about British secret agents are sent to Amsterdam “to take as many of the city’s industrial diamonds as they can before the impending Nazi invasion.”

Ocean’s Twelve – The second in the modern remakes of the Ocean movies isn’t set entirely in Amsterdam, but quite a bit of the film takes place in the city.

Diamonds Are Forever – This classic 1971 James Bond film is another that takes place only partly in Amsterdam, but it’s Bond from the Sean Connery era, so it’s hard to go wrong there.

Silent Witness (AKA “Do Not Disturb”) – While this movie gets pretty universally bad reviews, it’s set in Amsterdam and the footage of the city is excellent. From IMDB: “Do Not Disturb tells the story of an American family in Amsterdam whose mute 10 year old daughter witnesses a murder. The murderers chase the child through nightly Amsterdam.”

Soul Assassin – This is another film that gets pretty bad reviews but takes full advantage of Amsterdam and other Dutch cities for scenery. From Amazon: “When Kevin Burke, a young, ambitious security agent employed by a powerful multinational banking firm finally secures an important promotion on the company’s top internal security team, he has reach the pinnacle of his career and intends to ask his beautiful girlfriend, Rosalind, to marry him. But their romantic evening ends in tragedy when Rossalind is brutally murdered by a hit man.”

Puppet on a Chain – This 1970 film is called a “cult classic” by some, and is appreciated for a great canal chase sequence. From Amazon: “Following a triple professional hit a U.S. agent arrives in Amsterdam to investigate a heroin smuggling ring. He finds a city rife with drugs and a police force unable or unwilling to do much about it.”

Deuce Bigalow: European Gigolo – There aren’t many redeeming qualities to this movie, other than the fact that it’s set in Amsterdam.

Amsterdamned – This 1988 film is actually Dutch. From IMDB: “A mysterious diver hiding in Amsterdam’s canal system embarks on a rampage of gruesome murders, terrifying city officials and leaving few clues for the city’s best detective, who doesn’t suspect that both his new girlfriend and twelve-year-old daughter may be closer than he is to finding the killer.”

Getting lost in a good book isn’t quite the same as getting lost in Amsterdam, but for serious book lovers it can be the next best thing.

Outsider in Amsterdam – This book is the first in a series of detective novels set in Amsterdam with the central characters of Grijpstra and de Gier, so if you’re a fan then seek out the rest of the books.

The Good Thief’s Guide to Amsterdam – From Amazon: “An established author of mysteries featuring a burglar-detective, Charles Howard himself is a successful burglar. While finishing his latest novel in Amsterdam, Howard receives a cryptic invitation via his Web site and follows his curiosity to a meeting with a mysterious American who somehow knows of the author’s secret profession. Howard initially declines the commission to steal two small plaster monkeys, but when he succeeds in his assignment, he finds his client has been brutally bludgeoned.”

Amsterdam: A Traveler’s Literary Companion – This isn’t a travel guide, rather it’s a collection of stories by a variety of authors who have written about Amsterdam. The book is arranged by neighborhood, so you’ll get a series of neighborhood profiles based on the works included.

Amsterdam Stories – This collection of stories is by renowned Dutch author Nescio about growing up in The Netherlands.

Amsterdam: A Brief Life of the City – From Amazon: “A magnet for trade and travellers from all over the world, stylish, cosmopolitan Amsterdam is a city not only of dreams and nightmares, of grand civic architecture and legendary beauty, but also of civil wars, bloody religious purges, and the tragedy of Anne Frank. In this fascinating examination of the city’s soul, part history, part travel guide, Geert Mak imaginatively recreates the lives of the early Amsterdammers, and traces Amsterdam’s progress from waterlogged settlement to a major financial centre and thriving modern metropolis.”

Amsterdam: Portrait of a City – This photo book of Amsterdam is sure to be appreciated on any Amsterdam-lover’s coffee table. There are 150 photos included in the book.

Amsterdam Citypanoramas – This is another Amsterdam picture book, only this time they’re all 360-degree panorama shots.

Rijksmuseum: Amsterdam – Art lovers will enjoy looking back at this collection of images from Amsterdam’s most famous art museum (or it’ll help prepare them for what they’ll see when they visit).

A sense of taste can bring back memories in unique ways, so the person on your gift list who’s missing Amsterdam will certainly appreciate these Dutch food treats.

Gouda Cheese – If you’ve got a good market nearby, you’ll likely be able to find a good quality Dutch gouda there.

Van Dungen clog-shaped chocolate – Okay, these may not be the best chocolates you’ve ever had, but they’re clog-shaped. That’s hard to beat on the quirky scale, people.

Amsterdam is classy and historic – and also has a sense of humor. So why not honor that fun side with one of these whimsical Amsterdam gifts?

Netherlands Flag – What proud Dutch fan doesn’t want to display the flag? If you’d rather have a paper version, here’s a Netherlands flag poster instead.

Amsterdam canal print tile – The same canal image can be had on a ceramic or glass tile, for indoor or outdoor decoration.

B&W Bike & Canal print – This beautiful picture of a bike on a bridge overlooking the Singel Canal would be a lovely addition to any wall.

Amsterdam Coffee Shops poster – Get this before a trip to make note of coffeeshops you want to visit, or after you get back to check off the ones you’ve been to.

Hotel Amsterdam board game – This game invites you to “build” Amsterdam around your hotels, and it even involves a nighttime city when the lights of the Red Light District are switched on.

I Love Amsterdam charm – Declare your love of Amsterdam with this charm, appropriate for a charm bracelet or as a casual pendant.

Got Amsterdam? onesie – Outfit Junior in this onesie and you’re sure to get a smile from other Dutch fans.

I’d Rather Be in Amsterdam tank top – You can tell the world where you really want to be (no matter where you are) with this tank top.

Amsterdam T-shirt – This simple tee has a retro-styled “Amsterdam” logo across the front.

Dutch clog T-shirt – For a bit more whimsy, this tee has a clog-shaped Dutch flag on the front.

Ajax T-shirt – Are you an Ajax fan? Show your loyalty with this tee.

Amsterdam ballcap – If baseball caps are more your style, this Amsterdam cap may be just what you’re looking for.

Amsterdam Marijuana T-shirt – Wearing this tee, you’ll leave no doubt about your favorite part of Amsterdam.

clog photo at the top by sweethaa