Amsterdam is friendly with good nightlife and parks, according to new survey 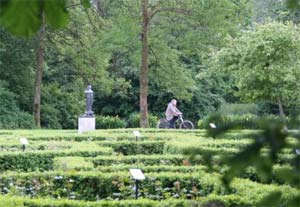 The results of a new Trip Advisor survey of over 1,100 travelers give Amsterdam high marks in at least three categories comparing major European cities. Amsterdam ranked second only to Dublin in the Friendly Locals category, second to only London in the Best Nightlife category, and we tied for third with Barcelona and Copenhagen for Best Parks, which puts the Dutch capital behind London and Paris in this group.

Out of the 13 categories listed, 9 of them rank positive things and 4 of them rank negative attributes, so being in the top 3 of three of the positive ones and staying clear of the negative ones (Most Expensive, Most Unfriendly, Dirtiest, Most Boring) seems like a pretty good showing.

Personally, I have mixed feelings about Trip Advisor, and at least a few of the results make me think that many or most of the people surveyed have only been to a small group of the possible cities being considered. Particularly in the Most Attractive Locals category, seeing that Rome and Paris came out on top of Stockholm, I’d argue this one until I was out of breath. Rome and Paris are both outstanding cities and the locals tend to dress well for sure, but I’d put Stockholm, Copenhagen, and Amsterdam way ahead of those for attractive locals.

But back to the good Amsterdam categories, the Friendly one seems right since the Dutch tend to be extremely approachable compared to other nationals who have their own language. In all European countries south of the Netherlands it’s considered polite to ask locals if they speak English, but since there’s no need for that in Amsterdam that really helps the place feel friendly.

As for Amsterdam’s nightlife being second only to London? I think the survey flatters the Dam a bit too much on that one. I’m a big club and live music fan and I actually think Amsterdam scores poorly in those categories compared to places like Barcelona or even Berlin. I think the wild reputation of the Red Light District combined with the whole Amsterdam coffeeshops scene makes people assume people are bouncing off the walls until the wee hours of the morning, but in reality that sort of thing is concentrated in just a couple small areas.

Amsterdam’s parks are quite nice, but the vast majority of tourists only really get to see the biggest and best one – Vondelpark. That one is truly one of Europe’s great parks, but does that qualify the whole city for having some of the best parks in Europe? When I lived near Westerpark, which is just outside the center, I used to jog through there many times each week and I never think I saw a tourist even once. Oh well, we’ll take these accolades and run with them.

Do you think the results of this survey reflect reality? I have a feeling my friend from Parislogue might disagree about the attractive locals thing, but we’ll see.