Getting from Amsterdam to Paris 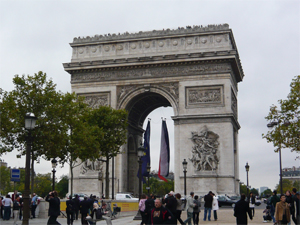 As two of the most popular cities in Europe that aren’t terribly far apart, the route between Amsterdam and Paris is a very popular one for both locals and tourists working their way around the continent. You’ve got several options, including at least one you might not have considered before. If you are interested in getting the best deal or finding the most convenient way to do this, then considering all the options is a good idea, because sometimes the one you first thought of is not the best option for your situation.

Flying from Amsterdam to Paris

If you want to fly non-stop (and you’d be crazy not to), the only option is the now-merged KLM-Air France. The flight takes about 1 hour and 15 minutes, and round-trip fares usually don’t go much below €160 or so, though you might want to check for specials for your travel dates. One-way fares tend to not be discounted at all, so prepare to see a quote of €400 or so. Needless to say, if you are flying one-way then buying a roundtrip ticket is cheaper even if you only use the first leg.

You might save just a bit of money by booking on British Airways, but you have to change planes in London, so this makes the whole thing take WAY longer than the trains, which are discussed below. The savings on British Airways will be tiny anyway, so it’s not even worth considering.

Taking the train from Amsterdam to Paris 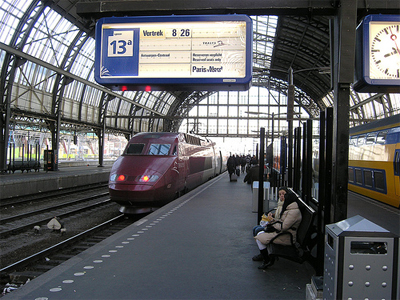 For most people this is by far the best way to go. Thanks to the high-speed Thalys trains running between the two cities (though they are truly only high-speed between Brussels and Paris), the journey only takes a bit over 4 hours from Amsterdam Centraal to Paris Nord. Even under the best circumstances, flying between the two cities will take at least that long when you take into account transportation to and from the airports, and the time you have to arrive early to check in safely.

Regular fares start at around €78 each way, but the better news is that you can often get special promotional fares between these cities if you book in advance. They usually offer a special of €25 each way, even if you only book one-way, but this definitely means buying online in advance, and also possibly taking one of the less-popular departure times. The Thalys runs 6 to 8 times each day, and a combination of slower trains gives you even more options. Check the Dutch Railways International site for Paris specials.

Taking the bus from Amsterdam to Paris 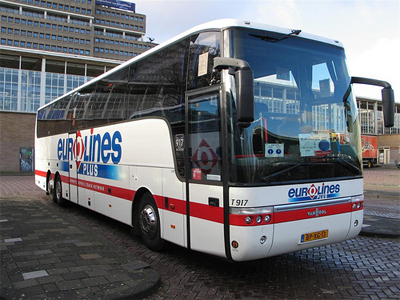 For those on the tightest of budgets, this is the way to go. The journey takes about 7.5 to 8 hours, and they have around 6 departures per day. The earliest one leaves Amsterdam at 7:30am and the latest one leaves at 10pm, arriving in Paris at 6am the following day, so those running on fumes financially can actually sleep all the way and save the price of a hostel for that night.

Eurolines and its pricing can be a bit confusing, and navigating their website is sometimes worse, but they always have special fares available for those who book online in advance, and these same fares are sometimes even available right before the bus leaves. The normal price for a one-way journey from Amsterdam to Paris is €38 for adults and €35 for those between 12 and 25 years old, but their promotional fares go as low as €9 for any age. That’s right, you can actually take a direct bus from Amsterdam to Paris for €9, and it only takes 7.5 hours as well.

If you can get the lowest promotional fare on the train then it’s probably worth the extra €16 to save over 3 hours and have a more comfortable train seat (and have better scenery), but if those are not available this is a pretty good method.

Check for Eurolines fares on their official site.