Iceland Air to Amsterdam with a free stopover 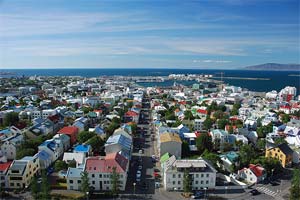 This same deal has been going on for at least 10 years, and I’ve tried to schedule it myself quite a few times, but unfortunately it’s never worked out for me. Put simply, you can fly from a few different US cities to most of the major destinations in Europe on Iceland Air, and you can have a stopover in Iceland for up to 7 days for no additional charge. Better still, Iceland Air is usually one of the cheapest airlines on these routes anyway.

I’ve received Iceland Air’s e-mails for many years since I’ve tried to work this out for myself, and I can tell you from experience that their winter prices in particular are really good. I’ve seen fares starting under $400 RT between New York or Boston and Amsterdam during most winters, and I remember a few times where they were actually below $300. These prices are before the extra taxes and fees, but they are still as good or better than most other airlines to Amsterdam.

Sure, I guess one reason the fares are so low during winter is that who wants to go to Iceland in January? There’s definitely limited sunlight that time of year, but the weather isn’t nearly as harsh as most people expect. Their current April and May fares from New York to Amsterdam start at $612, which is similar to their competitors. 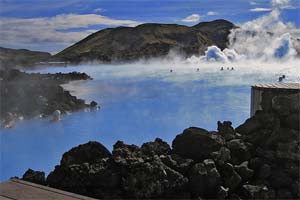 I’ve been fascinated by Iceland for a long time so I’d definitely even pay extra for the privilege of a 2 or 3-day stopover there. The other thing my research has revealed is that Iceland is crazy expensive once you get there, but I’ve also heard that you can see Reykjavik in a day or so, and the Blue Lagoon with a bit of the countryside in another day. That small and remote island with just over 300,000 seems endlessly exotic to me, and their producing such music acts as Sigur Ros (I’m a huge fan), Bjork, and Emiliana Torrini even piques my interest more.

Another small thing that makes a Reykjavik stopover kind of cool is that it’s only slightly out of the way, so you don’t feel like you are wasting time by flying to Paris or Frankfurt to change planes when you could have been in Amsterdam in the same amount of time had you found a nonstop flight. So if you are almost ready to book your Amsterdam flight from the US you might consider checking Iceland Air and even a short stopover too. Hopefully I won’t be too far behind you. I’m always looking for cheap airline tickets and if they come with a free stopover in a fun place that’s all the better.