The cheapest Amsterdam hotels can be well located 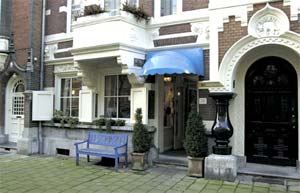 As a cheapskate who has traveled a lot, I tend to start at the lowest cost hotel and then work my way up the price list until I find one that suits my needs. Usually this means sifting through budget hotels on hotel search engines that are in obscure suburbs or near lonely airports, so when I find a place with an acceptable location right on the top of the list, I take notice.

I haven’t stayed at any of these hotels, and I’d actually not even heard of them until recently, but a small chain called Quentin hotels got my attention. They have 3 locations in Amsterdam as well as two in Berlin. In early 2008 the Amsterdam locations are coming up as the cheapest places I can find in the city, and each of them have a location that is far above average.

When you are paying €30 for a single room (on a special through the end of February) you would expect the worst, but these places all look fairly nice. Each room comes with TV and a telephone, and the double and triple rooms (starting at €59 and €79) have their own bathrooms. I’ve read that the cheap singles are in a basement, and even the photo on the Quentin Hotels site shows the singles aren’t much larger than the modest bed that fits inside them, but compared to a bunk in a dorm room for about the same price, these look like bargains. 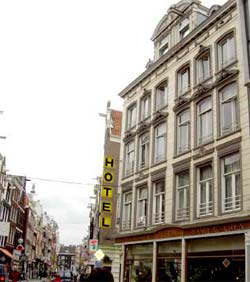 And as mentioned, each of the three Amsterdam hotels has a very good location. The Quentin Hotel and the Quentin England Hotel are both near Leidseplein, which is my favorite area in which to stay and is normally a bit more expensive than the Red Light District. The Quentin Arrive Hotel is just a few minutes walk from Centraal Station, but also in a respectable neighborhood.

Again, I can’t vouch for these being really nice hotels since I haven’t stayed at any of them, but I can say they have great locations and the prices are much closer to hostel dorm prices than most other Amsterdam hotels in these neighborhoods. Obviously they aren’t for everybody, and with these prices you should set your expectations low, but if you are the type who prefers to sleep cheap and spend your money actually doing things, these places are worth checking out. And if you’ve stayed in any of these leave us a comment and tell me what you thought. I’ll be visiting them soon, but until then I’ll be interested to hear what others think.