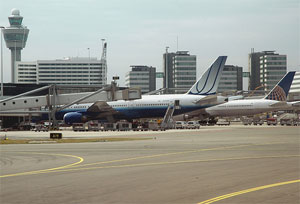 As you may or may not know, I try to keep close track of airfare trends between major North American cities (plus London) to see how things shape up for travel at any given moment. This summer will go down in history for rock-bottom (summer) airfares to nearly every destination around the world, including Amsterdam, of course.

Now that I’ve just checked the database for the 10 cities I track, I discovered that flights from most of these cities have remained nearly unchanged since last month. These prices, by the way, are the LOWEST available price for any trip coming up, not specifically for September travel if you booked now. So these prices should be used as a base, and if you are planning on going on a popular weekend then you’ll probably end up paying more.

Still, the great news is that flights to Amsterdam are far cheaper than last year at this time, and also noticeably cheaper than in most years past.

Should you book now?

If you are looking for the absolute cheapest flight to Amsterdam then you’ll want to fly sometime from mid January through mid March. But realistically you won’t save too much more from where prices are now, and the city is, of course, at its coldest and darkest in winter.

Also, quite a few so-called travel experts have predicted there would be another round of jaw-dropping fare sales for autumn, and those have yet to materialize. It wouldn’t surprise me at all if most of these fares from North America became about $100 cheaper in the coming weeks, but that’s about all we can hope for, and if you have exact dates already in mind that could be risky.

Actually far more significant than the changes in airfares are the prices for hotels in Amsterdam. Last year just about any single room would start at around US$60 per night and that was at a dodgy place with a questionable location, but now I see quite a few hotels offering single rooms for under US$50 per night, with some rather decent ones on that list as well. Double rooms are starting around US$60, which is about what you pay for two people at one of the hostels in Amsterdam, but this is with an ensuite and total privacy.

You can also find really tempting specials if you look around a bit. Here’s a deal on Expedia for a 3-star hotel near the Van Gogh Museum starting at US$72 per night. This place was probably closer to double that last year, so even if your flight isn’t amazingly cheap your whole trip still can be thanks to accommodation bargains.