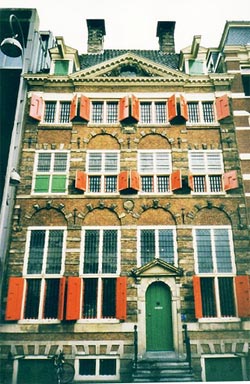 This former home of the famous 17th-Century Dutch painter is one of the more popular museums in Amsterdam, though it’s definitely a notch below the Rijksmuseum, the Van Gogh Museum, and the Anne Frank House on most people’s checklists. Much of Rembrandt’s known work is on display here, alongside many pieces by students of his and others who shared influences and styles in that era. Its official name is Rembrandthuis, which is obviously Dutch for Rembrandt House.

So who is this Rembrandt guy anyway?

Rembrandt Harmenszoon van Rijn lived from 1606 to 1669. He was the most important painter in what is now known as the Dutch Golden Age, which basically is the 17th Century when the Dutch were world leaders in many pursuits, and this is also when most of Amsterdam came into being. He’s known mostly for portraits, self-portraits, and biblical scenes, but his more than 300 paintings in addition to hundreds of etchings and drawings were a wide mix of themes. His most famous painting is probably the enormous work called The Night Watch, which is actually on display at the Rijksmuseum, even during that museum’s long renovation. Vincent van Gogh – the other Dutch painter everyone has heard of – lived from 1853 to 1890, so they were in completely different eras.

What’s on display at the Rembrandt House Museum 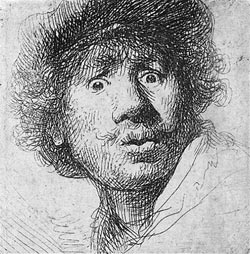 This is the actual house where the painter lived, worked, and taught, and a good portion of the interior is dedicated to showing recreations of how the house might have been set up and furnished during this 17th Century period. There is also a collection of about 260 of Rembrandt’s etchings, which has been growing ever since the museum opened in 1911. There are also examples of works from Rembrandt’s teacher, some of his students, and his contemporaries.

This isn’t a huge complex or a huge collection. Most visitors will be able to get a really good feel for the house and the artist in under an hour, but if you are a big fan you could be kept occupied for much longer.

If you aren’t really a “museum person” then this place is actually ideal for one great culture stop. It’s well located and easy to find, it’s cheap to get in, it’s small enough so you don’t feel overwhelmed yet it’s got really nice pieces that are significant to Amsterdam, and it’s also an excellent way to see things how they probably were during this important period. This place is highly recommended for anyone, but most of all for those wanting one great culture experience and no more.

The Rembrandt House is just steps away from the Waterlooplein flea market and also very near Rembrandtplein, so it’s a short walk from dozens of hotels and about a 15-minute walk from either Centraal Station or Leidseplein.

Map to the Rembrandt House Museum