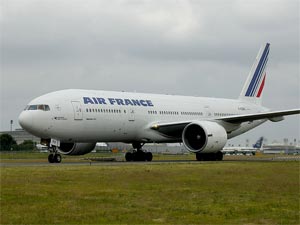 Every month or two I like to run down the best airfare prices I can find from each of 10 key cities in the US, Canada, and the UK. When I began this time I expected prices to be about as low as they’ve been in years, but that actually wasn’t the case. There is probably good news coming just around the corner, but compared to my last update for fall Amsterdam fares, prices from each of the cities I track have actually gone up.

It’s true that many believe that the recession that has gripped most of the world is officially over, but I also know that airlines set these prices based on supply and demand plus their operating costs, though it’s still hard to believe that interest has significantly picked up in the past month or two, as winter approaches.

Advice for buying your own ticket

We track these things all the time and if you pay close attention you’ll notice certain patterns in these fare sales. The one at play here is that airlines are trying to fill up all their holiday flights right now, and they know they can get decent money out of travelers since holiday fliers tend not to be flexible with their dates. If the airlines told people they could fly for $200 less in February right now, they’d sell fewer seats for December and January flights at higher prices.

Probably just before Christmas, there will be new fare sales that will include flights to Amsterdam. They’ll predictably offer flights for less than the prices below, for flights starting around January 10. So if you can wait a bit longer and you are looking to book a flight from some time in early January through March, you’d probably be wise to just hang on for a bit.

If you are planning on coming to Amsterdam in January or February or March then you are coming at really the only dead time of the year. After the first week of January and all the way through March, Amsterdam hotels and hostels have their lowest rates of the year. The weather isn’t great, but it’s rarely bad enough to slow you down, so it’s the ideal time of year for cultural travelers who prefer indoor activities, as well as potheads who like to hang around the famous coffeeshops.