Amsterdam escort services will now need to be licensed 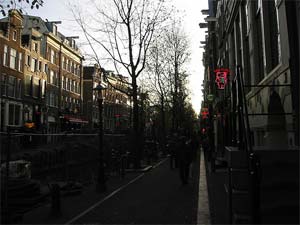 As part of its continuing crackdown on underworld elements in its infamous The Walletjes AKA the Red Light District, Amsterdam recently gave escort services in the city 6 weeks to become licensed or risk being shut down by the city. This is another part of the campaign to fight money laundering, human trafficking, and abuse of the city’s legal prostitutes.

The city claims there are about 120 escort agencies in Amsterdam, and up until now they haven’t been monitored as businesses at all. In order to be licensed the agencies must have a fixed physical address and phone number, and must also prove that the prostitutes are healthy work in proper conditions. The escort services now have until late March 2008 to obtain a license. The 1,200 or so prostitutes who work on their own in the Red Light District windows are not affected by the new rule.

Late in 2007 the city bought up the buildings that contained about a third of the red-lit windows, and already many of those windows have been reopened as shops for young fashion designers. This is part of an ambitious 10-year plan the city announced recently that intends to limit the Red Light District to a smaller area, but most importantly it will push out much of the alleged organized crime that the city says is behind many of the current businesses.

Prostitution is legal in the Netherlands, as it is in other parts of Europe, and Amsterdam continues to say that they have no intention of changing that. But city officials seem to think that, gone unchecked for decades, many of the small bars, sex clubs, and sex shops in the Red Light District have been taken over by criminal elements, and ridding the area of this is the priority for the long campaign.

>>more information on prostitution in Amsterdam