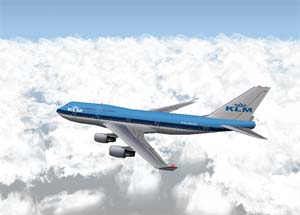 I’ve been tracking Amsterdam airfares from various US cities for quite a while now and I wanted to point out that we are just about to go over the annual lip that separates the end of the cheap winter airfares from the pre-summer airfares that can be much higher.

In my case I’m planning my annual Amsterdam research trip from Portland and I’m looking to go for about 4 weeks beginning in mid March. Right now I can find quite a few flights during my possible dates for $550 including all taxes and fees. But when I push my dates back just one week the best fare is $769, and that’s a Wednesday through Wednesday trip, so weekends might even be higher.

The point is, the difference in the weather in Amsterdam from March to April isn’t all that great, but with rising demand the airfare prices shoot up in April and they stay up through the end of the year, with summer being their annual peak. Hotel prices in Amsterdam usually adjust to their high-season levels as well, so if you are considering going before summer you can save a lot of money by going before the end of April.

We in the States are getting killed on the dollar/euro exchange rate as it is, so we need all the help we can get right now. Here are some prices I found for trips to Amsterdam from 8 different US cities. These are all at or very near the annual minimum for these routes, but as mentioned, these prices won’t be available for too much longer.

And it’s kind of interesting that airfare from Seattle is actually $59 less than from Atlanta. Granted, the Atlanta flight for that price is a nonstop, but that’s the world’s busiest airport and around 3,000 miles closer to Amsterdam, so I’d feel a bit cheated if I were in Atlanta.