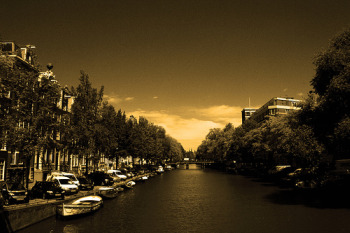 With the busy summer travel season approaching, it’s a great time to make sure that you’re not missing any of the helpful information tucked away into the corners of WhyGo Amsterdam. We’ve worked hard to publish information here that we think you’ll find useful when planning a trip to Amsterdam at any time of year, but when the city gets inundated by summer tourists it’s even more important to do your homework before you go in order to make your trip more hassle-free.

So here are some links to articles that should help you plan your summer trip to Amsterdam, and help you enjoy your stay when you get there.

First things first, you’ll need to get to Amsterdam. This city might seem like it’s not large enough as compared to cities like Paris or London to have a major airline hub – but it does. Amsterdam’s Schiphol Airport is the home-base for KLM Royal Dutch Airlines, which is one of the major European carriers that regularly makes long-haul flights to and from Europe from cities in North America and elsewhere. So flying to Amsterdam may not be a multi-stop affair, even if you’re coming from a not-so-huge city.

Summer fares tend to be higher than off-season fares to Amsterdam, but in recent years even summer flights haven’t been as expensive as they were a decade ago. And if you’re doing your research early enough, you could find a great sale price that extends into summer travel dates.

Where to Stay in Amsterdam

The city center in Amsterdam, where the vast majority of visitors will spend all their time, is extremely small. Not only that, due to the city’s popularity with travelers, there are hotels and hostels scattered all over the place. But despite the fact that you could walk from one end of the city to another in under an hour, there are still some neighborhoods you’ll probably want to consider first for where to stay in Amsterdam.

The three main areas of Amsterdam most visitors gravitate toward when it comes to accommodation are the Rembrandtplein area, the Leidseplein area, and the neighborhood around Centraal Station. Which one is best for you depends partly on your budget, but also on what kind of things you’re hoping to do while you’re in Amsterdam. So be sure to read each of these articles to figure out which neighborhood suits your travel style and your budget best.

You’ll find more general information about the various accommodation options in Amsterdam in these posts – and keep in mind that traditional hotels and hostels aren’t your only choices. In a city with so many canals, don’t overlook the possibility of sleeping on a houseboat!

What to Do in Amsterdam

Having secured your air tickets to Amsterdam and figured out where you’re going to be staying, you’re all set to start planning how you’ll spend your time. This is the fun part of travel prep for most people, so we don’t want to skimp on information for you in this department!

As a starting point, here are a couple of articles you might find useful before you dig too deeply – they’ll give you an overview of the city, so you’re more educated when you plan your days.

>> First Time Visitor’s Guide to Amsterdam (handy even if you’re not a first-time visitor!)
>> Things You Should Know About Amsterdam (to answer those questions about the city you didn’t even know you had)

When you first arrive in the city (after you’ve dumped your bags at your hotel, of course), it’s a good idea to get your bearings with a city tour. Because Amsterdam is a city on water, you can do this one of two ways – with a walking tour of the city center or with a canal boat tour. Or both, if you’re so inclined.

For a small city, there’s still plenty to see and do in Amsterdam. The articles listed below will give you a good starting point for planning your itinerary, and they each have links to more detailed articles about things to do in Amsterdam.

Depending on when you made your travel arrangements, it may not make sense to start researching what the weather will be like in Amsterdam during your trip until you’re closer to your departure date. But even if you look at seasonal averages long before you start packing, don’t forget to check actual weather forecasts as you’re digging your suitcase out so you’ll know if there’s an unseasonable cold snap or heat spell coming through when you’ll be there.

>> Here’s some information about the weather in Amsterdam, including links to articles about each month in Amsterdam

As mentioned, getting around Amsterdam is easy – you can walk around most of it reasonably quickly, and there aren’t even any hills to get in your way. But if you’re inclined to use public transporation wherever you go, Amsterdam has several options for you – including trams you’ll see everywhere.

And because sometimes nothing but an actual map will do when you’re trying to figure out what your visit to the city will be like, here’s something to get you started. Be sure to pick up a good city map at the tourist information office when you arrive.

Eating Out in Amsterdam

While Amsterdam isn’t known for its contributions to world cuisine, you’ll still need to eat while you’re in the city… So why not be aware of the best things to eat in Amsterdam before you have to make a choice from the menu?

You don’t have to be a hard-core cheapskate to like saving money when you travel. So we’ve got a collection of articles designed to help you get the most bang for your buck when you’re in Amsterdam – from where you stay to what you eat to what you do.

Let’s face it – although Amsterdam is chock full of cultural and artistic sights, a huge portion of the visitors who arrive each year are interested in only one aspect of the city. And I’m not talking about the food.

Whether you’re planning to frequent the coffeeshops or brothels of Amsterdam or you just want a glimpse of what life is like in a city where both marijuana and prostitution are legal and “no big deal,” then here are the guides you’ll need.