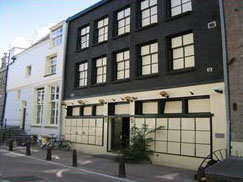 When the majority of people who’ve visited the Dutch capital are asked about the prostitution thing, they will talk about the girls behind the windows in the Amstedam Red Light District. This is obviously the most famous public scene of prostitution in the city, and probably in the world, but it’s not the only one. Prostitution is totally legal in the Netherlands, just as it is in many other European countries, and the RLD scene is only one of four ways people can acquire sexual pleasure for a price.

Sex clubs are different from live sex shows in Amsterdam

Amsterdam also has an abundance of escort services that will send a girl (or guy) to your hotel or apartment. These services don’t have to pretend that they are merely for companionship like they do in most of the rest of the world, so at least there is no awkwardness when going this route, but they do tend to be fairly expensive since the transaction involves travel time and a bit of risk for the prostitute. You might be interested in checking out Amsterdamlogue’s 12 hottest Amsterdam escorts list.

In Amsterdam there are around 10 establishments that are locally known as privéhuizen, which means “private houses” in Dutch. These are similar to the sex clubs discussed below, with a few key differences. They tend to be located in residential neighborhoods, they don’t have public bar areas, and they are generally cheaper and more relaxed. You won’t have to worry about the taxi scam and the champagne hustle described below because the private house/brothels mainly attract more of a mellow clientele, including many locals who wouldn’t put up with the nonsense that goes along with most of the sex clubs.

>>more information on brothels in Amsterdam 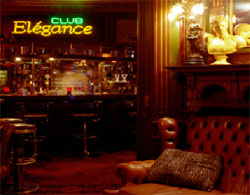 As mentioned above, these places are quite similar to the private house-brothels, but they operate as nightclubs with liquor licenses and public lounge areas. Some of them are fairly small, but a couple are large and very similar to an upscale nightclub in the main area. All of them have a variety of rooms where you and the girl of your choice will have plenty of privacy. Some of the rooms are elaborate with Jacuzzi tubs and other fantasy elements, while others are basic rooms that will have a bath or shower attached.

How things work at the sex clubs

Once you arrive (we’ll discuss that a bit more below) you might be asked an admission charge, or maybe not, depending on the place. You’ll go in to a bar area where you’ll be mingling with a mix of other customers and prostitutes. You can scan the room looking for someone who you’d like to spend time with, but there isn’t a rush once you are inside, and girls will be coming and going so if you don’t see someone right away you might wait around.

When you find a girl who you like she’ll usually be very friendly with you if she senses it. The drinks you are buying yourself are expensive enough, but she’ll generally request that you buy her a drink while you chat. This will be discussed more below regarding the “champagne hustle.”

Once you’ve confirmed your choice you’ll go with the girl to a private room where you’ll have an hour total to spend with her, which includes the time you’ll spend undressing and dressing again. You’ll usually start with a shower or bath and then a full body massage, but at this point things can go in a few different directions depending on you and the girl. It’s best to discuss anything special you’d like before you get to the room because many of the prostitutes won’t perform certain things, at least for the standard fee.

Prices at the sex clubs 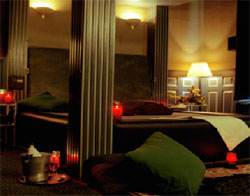 The prices between these places can vary wildly, but generally the nicer places with the better girls will charge more, so you kind of get what you pay for. There will usually be a standard hourly fee set for any girl in the place, but that fee can vary depending on the time of the day and the day of the week. The cheapest of the sex clubs is Jan Bik, and they charge €75 per hour for your time with a girl, all-inclusive, but most others start around €150 per hour on up to about €300. Again, it depends on the time of day and day of the week. A few places have a lower set rate before 7 p.m. This fee for time with the girl does not include an admission charge if there is one, or drinks in the club, which can really get out of hand.

This is hardly unique to Amsterdam, and in fact a variation of it takes place at adult businesses around the world. If you ask a taxi driver in Amsterdam to take you to a sex club, they’ll be thrilled to take you to the place that gives them the highest commission, regardless of anything else you might have asked about or suggested. You’ll of course have to pay the meter and a tip, and the driver will also get a commission of around €75 from the club for bringing you. 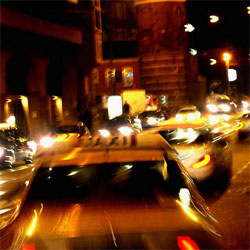 This sounds very nice of the sex club to do, but of course it’s you who ends up paying that entire commission as part of your tab either on your way in or on your way out. No one is likely to mention to you that your bill or admission was padded by €75 that goes to the taxi driver, but rest assured that you’ll pay it if you arrive by cab.

Most of the sex clubs will offer you free transportation on their websites, but of course this adds up to the exact same thing. You’ll pay a fortune for this “free ride” so the best way to get to one of these clubs is walking, or by public transportation, or if you do take a taxi just get an address of a restaurant or building nearby and then get out of the taxi and wait until they leave before you make a move to the club. You’ll have to be a bit discrete with this since this is a huge moneymaker for the taxi drivers and they’ll certainly figure things out if a single man asks to be taken from near a hotel to 50 meters from one of the sex clubs the taxi driver is only too familiar with. 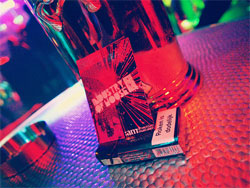 Again, this is common around the world, so you can’t blame it on Amsterdam, although you can go to one of the private-house brothels if you want to avoid it. Once inside one of these clubs the entire staff will do everything in their power to encourage you to buy expensive champagne to share with the girl of your choice. These bottles of champagne can cost up to €500, and they usually start around €100 at the very minimum for a small bottle.

Since the girls typically get a bit less than half the hourly fee for their services, they work hard to sell champagne out front because they receive a hefty commission for every bottle sold. Some of the girls will even tell you that they can’t go into a private room until you’ve bought at least one bottle of champagne, and they aren’t kidding. Not every sex club is as aggressive as others about this, but prepare for this part of the experience when you are considering how much this experience is going to cost you.

Below you’ll see a list of most of the popular sex clubs, and below this you’ll see an interactive map so you can see where each one is located in relation to the city center. 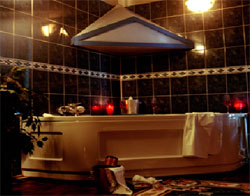 Since Yab Yum was closed down by the city in early 2008, this is now considered the nicest and classiest of the sex clubs. There’s usually a €75 admission charge at the door, which includes 5 drinks. They are quite close to the Heineken Brewery and also to Societé Anonyme, so many people will be able to walk here and avoid the taxi scam. Their website is an odd mix of Dutch text and English labels, and translating it in Babel Fish only helps a bit.

Details on this place are hard to come by. This place is several kilometers southeast of Centraal Station in a very non-touristy neighborhood. Their website is one of those really annoying Flash sites developed around 2002, and while it looks professional it doesn’t give much away so it’s hard to tell if the actual girls look anything like the models in the staged photos on the site.

This place is about 1.5 kilometers south of Museumplein and Leidseplein, and it’s only a couple blocks from the RAI convention center complex. Their website is in Dutch, but is easy enough to figure out anyway.

This place says their girls work independently and set their own rates and services. Past visitors have given the Golden Key fairly low marks on the quality of the girls. The location is not far from the city center, and their website is in English, although with very little information.

This place is well known as the cheapest sex club in Amsterdam, and they have 7 other locations throughout the Netherlands so perhaps their business efficiency allows them to pass savings on to the customers? A 30-minute session goes for €50 and a 60-minute session goes for €75 according the modest page on their website that is dedicated to the Amsterdam location. Past visitors usually report the quality of the girls reflects the low prices, so don’t expect Julia Roberts here. The place is also the closest to Centraal Station, and should be walking distance for most tourists, but they evidently don’t do the taxi scam here anyway. Jan Bik is also listed among the Amsterdam private-house brothels because they also offer private, discreet service for those who’d rather not mingle in the bar area with other customers and the girls on offer.

This place is just down the street from the Golden Key, and it’s close to Vondelpark, and Leidseplein as well. Their website is one of those really annoying all-Flash sites, and while the images and artwork are nice, they really don’t help you get a sense of the place.

This one is located between the Rijksmuseum and the Heineken Brewery, so it’s a close walk from Leidseplein as well. They promise the utmost in discretion and anonymity, and they are one of a few sex clubs that also runs an outcall escort service with the same girls. They show photos of actual girls on their site, which is rare among sex clubs.

All of the above is meant to be a starting guide so you understand generally how things work, but if you have more questions you are in luck since you can check out the excellent Amsterdam message boards at ignatzmice.com. Regulars help newcomers by answering specific questions about how everything works, and be sure to read the in-depth Trip Reports for the most current experiences and advice.

Interactive map of the sex clubs

Below is an interactive Google map of the sex clubs. Click on the blue marker to see which club is points to. For a labeled map of the city see the main Amsterdam map page.